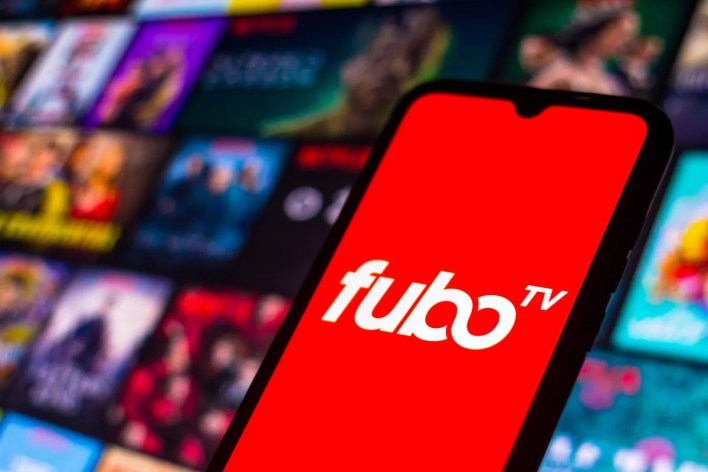 According to critics, the riskiest quarter for Fubo was Q2 due to the off-season for major sports in the United States. The company went on to report a 196% YoY jump in its revenue to $130.9M. It was primarily helped by the strong growth in subscription revenue and advertising revenue. Subscription revenue grew by 189% to $114.4M and advertising revenue grew by 281% YoY to $16.5M. It was the fastest advertising sales growth in the company’s history.

So much for a tough quarter – but how did Fubo accomplish this? That will be important to look at as the market has overlooked Fubo for its growth and the company has not been rewarded for the ongoing beats and guidance raise. We should clarify and say we think it’s the retail market that has overlooked the company while institutions are quietly moving off the sidelines with ownership doubling since February from 229 to 470 institutions.

Below, we will look at Fubo’s recent history to form an opinion on why Q3 could be quite strong. We also pulled Apptopia data on downloads and sessions to look at engagement trends. Lastly, we revisit the major catalyst in Fubo’s future: sports betting.

To call Q2 a seasonally light quarter for sports would mean only the United States is being factored into the analysis. This mistake was also made in Q1 when critics predicted the downfall of Fubo based on March Madness, a tournament that has roughly 17 million viewers.

Fubo’s roots are in soccer. Consider that Conmebol, which began in June, reported 5 billion total viewers in 2019. Fubo has the exclusive rights in the United States to stream the remaining 70 Qatar World Cup 2022 qualifying matches of the South American Football Confederation. This began in June. Obviously, Fubo will not capture this full TAM but even a small percentage can have a larger impact than a tournament like March Madness.

Fubo was also able to score some major league baseball deals, such as a carriage agreement with Marquee Sports Network which gives access to the Chicago Cubs games.

Advertising grew from 10% of revenue to 13% of revenue for Fubo in Q2. We have seen the company re-accelerate from 70% during the Covid quarter to 281% in the most recent quarter (that is serious acceleration). Although those high triple-digit numbers can’t last forever, it shows how the demand for advertising on the platform will help offset licensing costs as time goes on.

In addition to the advertising opportunity, the company is also the fastest growing SVOD platform and is taking market share from competitors. The company had total subscribers of 681,721 (up 138% YoY) at the end of the June quarter, a net addition of 91,291 from the previous quarter. Meanwhile, according to the data from Statista, the global SVOD market in 2021 is expected to grow 23% YoY to $70.8B in 2021 and the US SVOD market is expected to grow 18% YoY to $32.1B.

This supports our original thesis in December that live sports audiences are the last to cut the cord and is the most coveted audience right now for this reason.

The streaming increased in the last quarter as monthly active users (MAUs) watched about 134 hours per month on average, which is reasonable considering Q2 2020 was a quarter where many people spent increased time indoors.

We have noted many times that the company is in a high growth stage and the street is discounting the company for its weak gross margins. However, the company’s margins are improving.

In the last earnings call, it was mentioned by the CEO, “50% gross margins will be our long-term target. We will also look to target about $10 to $15 of advertising ARPU based on that 50% margin.”

The company’s launch of Fubo Sportsbook is an important event to track in Q4. We’ve covered the sports betting opportunity in detail, including the projection that the industry could reach $155 billion by 2024. FuboTV has a better position than its rivals as they own their audience and it’s an upsell rather than a new user acquisition loop. The company acquired Balto Sports and Vigtory to help release the free-to-play and sports wagering. When sports betting launches, we think we will then see Fubo’s full monetization potential by combining subscriptions, advertising and betting for global sports on one platform.

FuboTV CEO David Gandler predicts that nearly 40M to 50M people in the USA will subscribe to digitally delivered video networks in the next five years. He believes that his company can target about 10% of the market.

Third quarter revenue guidance is between $140-$144M, representing 132% YoY growth. Subscribers are expected to be 810,000 to 820,000. The consensus analysts’ estimates are close to the higher end of management guidance.

In the past we analyzed app downloads and sessions using Apptopia data to look at the health of the mobile app. Please keep in mind, this is not an earnings call as there can be other earnings surprises in terms of gross margins and profits that can cause a stock to sell-off after an earnings report. We are also reporting on downloads and sessions, whereas Fubo reports subscribers.

The sessions data shows 161% YoY growth and 43% QoQ growth to 176.79M. Please note, downloads show us a glimpse as to new activity but they do not represent subscribers who already have the app downloaded. Sessions help to provide more color, if we assume sessions were comparatively equal across subscribers in previous quarters.

The data below shows a spike in September. The start of the NFL season likely contributed, as well as exclusive coverage for the South American World Cup 2022 Qualifiers (CONMEBOL) in the US.

Fubo also announced its free-to-play games and FanView live stats feature for its September CONMEBOL matches. The players who answer questions correctly during the match get points and have the chance to win cash prizes. The integration of free games and FanView increased the engagement in FuboTV during its beta testing in June and this might also have led to the spike in demand in September.

In the words of David Gandler, co-founder and CEO of Fubo, “We believe this will mark the first time any company has integrated live streaming television, free games and live stats within the same platform, on the big screen. With free games and our upcoming Fubo Sportsbook real-money wagering app, we intend to deliver a truly interactive streaming experience, one that we expect will improve engagement and retention to fuboTV while also driving advertising revenue.”

The most important thing we see in this data is that FuboTV broke out of its trendline on monthly sessions and downloads as the month of September marks an all-time high for the year. We will get a quarterly report from the company yet the data helps substantiate on a more granular level that Fubo is capable of sizable growth in a single month. The key takeaway is that September is 46% higher than the previous all-time high met in January during the Super Bowl.

As stated, downloads and sessions don’t guarantee an earnings beat, however, as a long-term buy and hold investor, growth like this is what I look for. I also look for evidence that the thesis I formed is playing out. Therefore, I see this data as a positive and the flurry of announcements around sports betting is also a positive.

Fubo Sportsbook also entered a multi-year partnership with the New York Jets. There will also be a Fubo Sportsbook Lounge at MetLife Stadium for the NFL team’s home games.

ROOT Sports and FuboTV announced a distribution agreement in September which will give FuboTV customers access to Seattle Mariners (Baseball), Seattle Krakken (Ice Hockey) , and Portland Trail Blazer Games. We think these regional adds are important to watch as one metro area has the capability to boost Fubo’s user base.

According to the data, September was Fubo’s best month this year by a 46% margin — it’s not even a close call with January’s Super Bowl month. This does not guarantee quarterly performance but we certainly like to see growth trending upwards and we like it when this happens concurrently with new catalysts, such as sports betting. If you think of where this company was during the Covid quarters when live sports was shut down, the comeback has been quite incredible.

On that note, tech growth investing is not for the faint of heart and Fubo has certainly tested investors who prefer clearer financials. However, I’ve been analyzing OTT tech startups since 2011 and there are certain indicators I look for in terms of analyzing the strength of a product. Fubo hits on many of those indicators and I think investors will either relent if Fubo puts up a Q3 beat or they will get left behind in the dust once sports betting launches. One thing is clear, Fubo is not letting up.

As stated in the article, Beth Kindig and I/O Fund currently own shares of Fubo. This is not financial advice. Please consult with your financial advisor in regards to any stocks you buy.