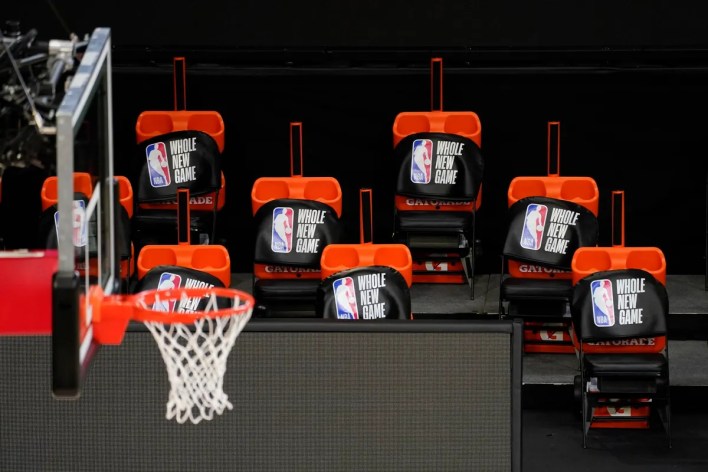 Across industries, Covid-19 created a dilemma: halt everything in its tracks, continue business as usual, or forge a new path? As in any crisis, leaders were forced to make decisions with limited information, at the risk of being judged for their lack of clairvoyance — which, later on, could be perceived as recklessness, poor business acumen, or both.

One prime example of this leadership challenge comes from the world of sports. When combined, the NBA, NFL, MLB, and NCAA lost an estimated $14 billion during the pandemic, on top of immeasurable emotional losses for players, coaches, and fans (especially when it came to high school, college, and Olympic athletes with limited timeframes for recruitment and competition).

What is noteworthy is that these losses were felt at every level, despite a diverse array of leadership responses. Some organizations shut down completely, in reaction to public health regulations; others carried on, regardless of the potential risks; and still others compromised, keeping the show going while also taking health concerns into account. Pandemic era sports, therefore, can provide an interesting case study of business leadership during a crisis.

How can leaders weigh the price of pivoting against the price of proceeding? What options do leaders have when they do not have all the information? What do these different approaches teach us about leading in a crisis?

On March 12, 2020, the NCAA stunned coaches, players, and fans when it canceled all of its remaining winter and spring tournaments, including, for the first time in its 82-year run, the Final Four. In a statement, the NCAA said: “This decision is based on the evolving COVID-19 public health threat, our ability to ensure the events do not contribute to spread of the pandemic, and the impracticality of hosting such events at any time during this academic year.”

Unsurprisingly, the reaction was polarized, with Arizona State men’s basketball coach Bobby Hurley tweeting, “I respect the NCAA’s decision to put everyone’s safety first,” while Texas Tech men’s golf coach Greg Sands tweeted: “Love for the @NCAA to come look in the eyes of my players right now. You have ripped the heart and soul out of these guys! Why are you cancelling season so prematurely?”

Because of this decision, the NCAA lost $800 million in revenue (though that was partially offset by a $270 million insurance payment and a $26 million increase in investment income), and saw a 54% dip in revenue year-over-year. However, it was far from just the organization’s coffers that were affected; the cancellation also had untold ramifications for the players. “It was heartbreaking to see the response,” said University of Oklahoma athletic director Joe Castiglione. “You’re looking at any number of student-athletes who worked not just that year but they had worked their life for that moment.”

As this was at the very onset of the pandemic, when so little was known about the virus, one cannot blame the NCAA for prioritizing people over profits in what must have been an incomparably difficult leadership choice. As Big East commissioner Val Ackerman told ESPN at the time: “This has been the most extraordinary stretch of days I’ve ever had or ever seen in my 30-plus years of working in the sports business.”

In July 2020, as Covid-19 cases were rising, hopes of a college football season were falling. Yet the detrimental impact of canceling football, which is the economic buttress of many athletic departments, would have rippled across college sports. Leaders were forced to weigh those far-reaching negative effects against the unpredictable dangers of playing in a pandemic.

Each conference was left to make its own decisions: The SEC plowed ahead, for instance, while the Big 10 canceled and then changed its mind and decided to play. It was clearly not an easy choice for any of the leaders involved. As one Power 5 athletic director told Sports Illustrated at the time: “I hope we’re not selling our souls to the devil to try to play.”

Despite the initial trepidation, the season ultimately seemed to be a success — both in terms of letting the students play (thereby keeping revenues and spirits relatively high) and in terms of maintaining public health. “The student-athlete positivity rate compared to campus at large was always lower, and campus positivity rates were lower than the surrounding communities,” said Dr. Doug Aukerman, who served on the Pac-12 medical advisory group.

“I do think making it to the finish line means that the sport succeeded,” added ESPN’s Chris Fowler after the national title game. “I mean, against the odds and against a lot of smart people who thought it wasn’t possible, the sport did make it through.” Though the safe completion of the season was a relief to everyone involved, leaders would have undoubtedly been on the hook had things played out differently.

Lastly, we can look to organizations that managed to create a hybrid solution, balancing public health and profits as best they could, and using the additional knowledge that came with additional months of battling the pandemic. The NBA playoffs is probably the most successful example: For 100 days, beginning in July 2020, teams played in a tightly controlled bubble at Disney World, without fans or family members.

During the season, not a single player, coach, or staff member tested positive for Covid-19. “We had zero positive tests for as long as we were here, 90-some days, 95 days maybe for myself,” said MVP LeBron James. “I had a little calendar I was checking off. But on a serious note, no positive tests. That’s a success for everybody that was involved.”

That said, not everything was perfect: The mental health challenges of isolation took a toll, with NBA commissioner Adam Silver acknowledging that “the overall use rate of the psychologists, on and off campus, has been fairly high.” (Still, we should applaud the fact that NBA leadership asked its players about mental health daily, and in doing so, allowed them to seek help anonymously and easily.)

Overall, this hybrid approach proved to be a fruitful leadership choice. It was a bold, creative, outside-the-box solution that balanced the needs of both the organization and the public, including players and fans. “We can’t thank the NBA enough for this whole experience,” Miami coach Erik Spoelstra said. “This has just been extraordinary, this bubble, this campus, the safety protocols and just the organization of everything. To be able to be a part of something historic like this to continue our season, we feel so honored and grateful.”

Looking back, I cannot be the judge of which of these decisions were “right” in the moment. After all, hindsight is 20/20, and we know so much more about the coronavirus than we did a year and a half ago.

What I can say is that these leaders had to make extremely difficult decisions with extremely limited information at an extremely unique moment in history. They were forced to balance the needs of their businesses — their bottom lines, employees, fans, and legacies — with the needs of their fellow citizens.

So what can that teach us about leading during a crisis? That the business world has no crystal balls. And that the courage to make those tough calls — that’s what leadership is all about.