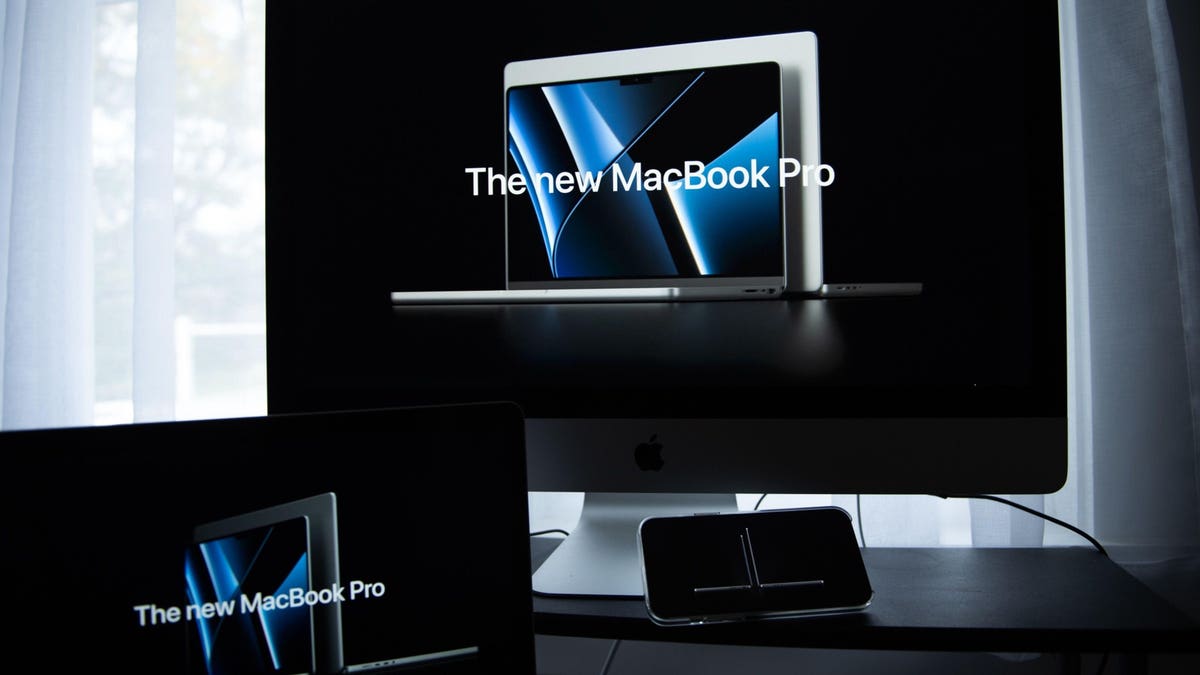 Apple’s new MacBook Pro laptops are gathering critical acclaim for the raw performance of the hardware – the jury is still out on the software’s quality control – and the reviews will be tempting many towards Tim Cook’s supercar of a laptop. These are, right now, objectively “the best” laptops from Apple if all you want is the biggest number. But you don’t want the biggest and best number, you want the best laptop for your needs.

Do you really need a digital supercar for your day to day computing?

Let’s face it, if there’s one thing you can expect from Apple with a new high-end product, it’s that the pricing is going to be high. That’s true with these new MacBook Pros. While Apple has worked hard to bring an entry-level model $1 under the psychological barrier of $2000, that model has been pared back; there’s no fast charging mains adaptor, the M1 Pro is pared back from a 10-core CPU to an 8-core, and from a 16-core GPU to a 14-core, presumably through chip binning.

If you’re going to decide to make some compromises to get yourself a new MacBook, then this stripped back 14-inch MacBook Pro is the one that Apple clearly wants you to consider.

I’d suggest you look further into the portfolio as well as stopping to think exactly what you need your new laptop to do. Even though it is the first Apple Silicon chip for the Mac platform, Apple’s M1 processor currently shipping in the Mac Mini and MacBook Air offers a significant amount of power and capability, far more than you would have expected from the equivalent Intel-based MacBook Air and Mac Mini hardware.

There are computing tasks that need powerful CPUs and GPUs, and in previous years developers and media creators would naturally be looking at the top end of a company’s portfolio to find the laptops that would be portable enough and still have the power needed to be creative while travelling. Apple Silicon has brought that hurdle down the platform. The M1 can comfortably handle much of this workload – I doubt you’re going to edit a Hollywood blockbuster on a MacBook air, but a long-form 4K YouTube video? Not a problem.

Getting out of the frame of mind that you need to hit the top end of the portfolio to get the power you need? That bit of psychology hasn’t changed, even if the silicon has.

This doesn’t mean buy automatically buy the entry-level MacBook Air, but do give it serious consideration alongside a list of things you will do with the laptop.

One thing that has become clear from reading community forums and groupsis that the limiting factor on the first M1 enabled Macs – be they the MacBook Air, low-end MacBook Pro, or Mac Mini, is RAM.

For those looking for solid video editing, 8 GB of RAM is providing to be the actual limiting factor rather than the processing power. If you’re looking to work on your own YouTube channel, online projects, or other multimedia that don’t need an excess amount of professional power, then the M1 Macs are going to be more than sufficient… as long as you go for 16 GB of RAM when you order your laptops.

The easiest way to think about this is to go to The Rolling Stones. When you’re looking for a new MacBook, you can’t always get what you want.; but if you try sometime you find you get what you need. You might think you want the MacBook Pro with all the big numbers, shiny promises, and intoxicating benchmarks.

What you need is something that does what you need it to do, with enough headroom it can do that job for many years to come, at an affordable price.

For some, that means a supercar of a laptop. For everyone else, the MacBook Air is what you need.