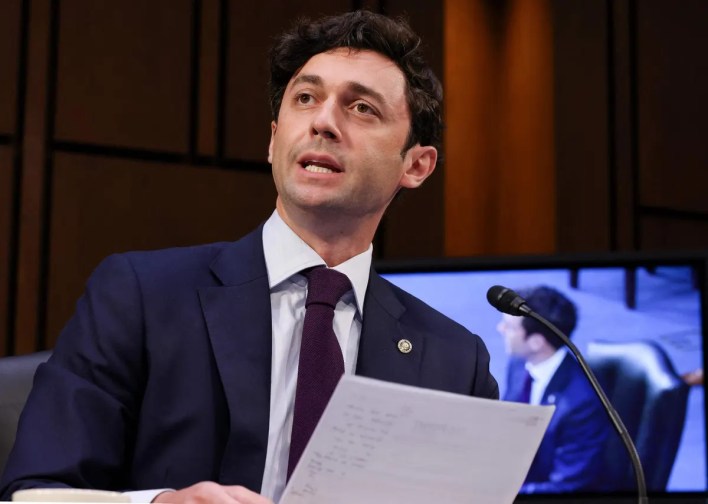 Senator Jon Ossoff’s (D-GA) legislation to increase the number of cameras in federal prisons passed the U.S. Senate without amendment by unanimous consent, something rare in the such a partisan environment. The bill requires the Director of the Bureau of Prisons (BOP), currently Michael Carvajal, to address deficiencies and make necessary upgrades to the security camera and radio systems of the Bureau of Prisons to ensure the health and safety of employees and inmates.

The legislation, known as the Prison Camera Reform Act of 2021, would require Carvajal to submit a report to Congress within 90 days detailing deficiencies and a plan to implement the necessary camera upgrade. It would require the upgrades within three years and annual progress reports to lawmakers.

While the BOP may welcome cameras when it comes to staff safety, it is also going to bring to light a lot of issues within prisons. In the past, not all inmate on staff assaults result in criminal actions. This is a problem presented by Eric Speirs, President of AFGE Local 501 in Miami (FDC Miami), who told me in an interview, “There were over 20 inmate assaults on staff here since January 2020 and none were referred for criminal prosecution. Maybe more cameras could help with that.”

U.S. Senator Dick Durbin issued a statement that “The health and safety of BOP inmates and staff must remain a top priority as we continue to push for criminal justice reform. Updating the communications systems and security cameras in prisons is a step forward in maintaining safe BOP facilities by deterring abuse and misconduct …. bringing our facilities into the 21st century while helping us achieve our goal of creating safer conditions for those at correctional facilities.”

Some of these cameras are destined to help reduce escapes from prison, which happened a bit often over the past 18 months. According to Denver Post reporting, since January 2020, 29 prisoners have escaped from federal prisons, all of them from minimum security camps. Half of those inmates have still not been caught. Out of date equipment or no cameras at all were cited as a contributing factors to not detecting those escapes from minimum camps, where many do not even have a fence. However, inmates leaving is not as big a concern over the contraband that comes into prisons (primarily cell phones and drugs) that can create dangerous situations in the prison.

Cameras will bring a glimpse of prison life to the outside world. Senator Ossoff said of the bill, “Newer cameras and communications equipment will help ensure safety, security and accountability at Federal prisons for both corrections officers and inmates.”

Cameras cannot be everywhere during incarceration. Inmates routinely go to doctor appointments in the community and some even have prison jobs that require them to be in the community (town driver, construction jobs outside of the prison, etc.). In fact, there are thousands of minimum security inmates who are on home confinement as part of the CARES Act, which thinned some of the prison population to avoid the contagion of COVID-19.

Technology has changed for camera security systems. In addition to having thermal imaging technology, camera systems can actually be combined with intelligent analytics software to provide warnings in certain situations, count individuals and make assessments of situations. In this way, cameras may be a practical solution to curbing the ever-increasing costs of incarceration.

We have an eye on this one … and the stories that will result will be fascinating … telling.