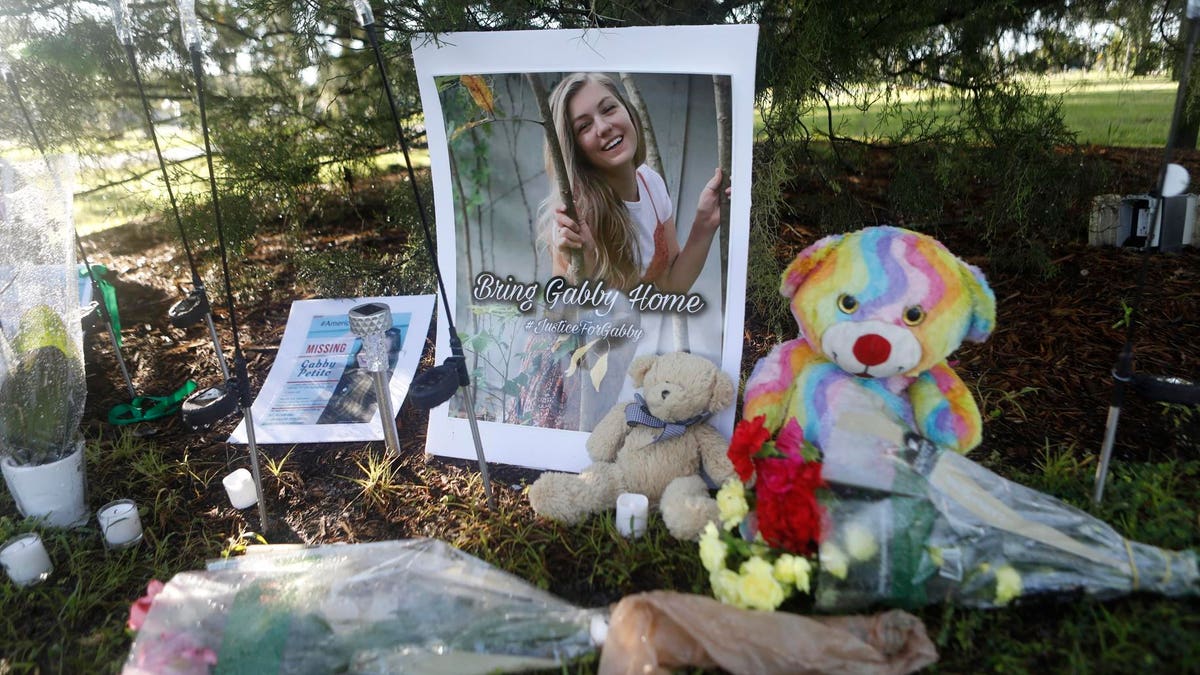 The FBI confirmed Tuesday the body found Sunday in Wyoming is in fact that of missing Youtuber Gabby Petito, and her death appears to have been a homicide, the FBI announced Tuesday.

After a body was discovered in Wyoming on Sunday, the coroner performed an autopsy on Tuesday and determined the initial “manner of death is homicide,” the FBI said Tuesday afternoon.

The agency again named Petito’s fiancée Brian Laundrie a person of interest, and requested anyone with information on his current whereabouts or role in Petito’s death to contact the FBI.

Earlier on Tuesday, an attorney for Petito’s family, Richard B. Stafford, said he planned to make a statement on behalf of the family “when Gabby comes home.”

Tuesday morning, police resumed searching at a wildlife reserve for Laundrie, who is missing.

Laundrie has not been seen since September 14, after he allegedly went hiking at the Carlton Reserve in Sarasota County, Fla., and was reported missing by his parents three days later. Petito and Laundrie were on a cross-country road trip, and Laundrie returned to Florida without his fiancée on September 1. On Monday, officers and FBI agents swarmed the home that Petito and Laundrie shared with his parents. The North Port, Fla., residence was declared “an active crime scene,” and police did not share what they were looking for or what they found. That same day, the North Port Police said they had “exhausted all avenues” searching the 25,000-acre preserve, and it’s not clear why they returned. As of Tuesday, a message on its website announced the Carlton Reserve is “closed until further notice.” Though Laundrie has been deemed a person of interest in the case, he has not been charged with any crimes.

“We extend sincere condolences to Gabby’s family, friends, and all the people whose lives she touched,” FBI Denver said in a tweet.

A viral Facebook post featuring a possible sighting of Laundrie that sparked a separate police investigation did not turn up any new leads. On Monday, Facebook user Sam Bass posted a photo showing a hiker that looked similar to Laundrie, which was captured by Bass’s deer camera nearly 500 miles north of the wildlife reserve being searched. After contacting authorities, the poster wrote that, “whoever was on my trail camera this morning in Baker, Fl strongly fits the description of Brian Laundrie.” Investigators from the Okaloosa County Sheriff’s Department “did their due diligence and searched the area and surrounding farmlands and fields,” but “did not find anyone, or anything of note,” OCSD spokesperson Michele E. Nicholson told Forbes.