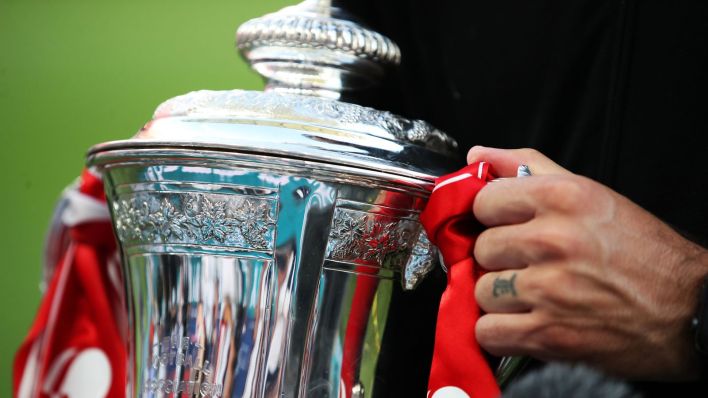 AFC Sudbury have been handed a plum home draw in the first round of the FA Cup after being paired with local League Two club Colchester United.

The Suffolk side, who play in Isthmian League Division One North, will host their local rivals from 15 miles down the road in Essex after stunning in-form National League South leaders Dartford 3-1 in the fourth qualifying round on Saturday.

Only four teams from tier eight, where AFC Sudbury ply their trade, were in the draw but the other three all have to go through replays to try and secure a place in the competition proper where teams from Leagues One and Two join.

Marine, one of last season’s giant-killers who reached the third round and hosted Tottenham, almost knocked out National League side Wrexham on Saturday and will have to go to North Wales to try and secure a tie against Harrogate Town.

Marske United could face National League side Altrincham if they are able to beat Gateshead in a replay while Pontefract Collieries take on Halifax Town for a second time for the right to play Maidenhead United.

Horsham’s reward for a shock win over Woking on Saturday is a long trip to Cumbria to take on Carlisle United, while Banbury United host Barrow and Bowers & Pitsea, who knocked out former league side Aldershot on Saturday, face a trip to League One side Lincoln City.

FA Cup first-round draw – ties to be played between November 5-8.

Can DeMarcus Cousins help the Bucks? Veteran center to sign with Milwaukee

Classy Patriots too good for Titans