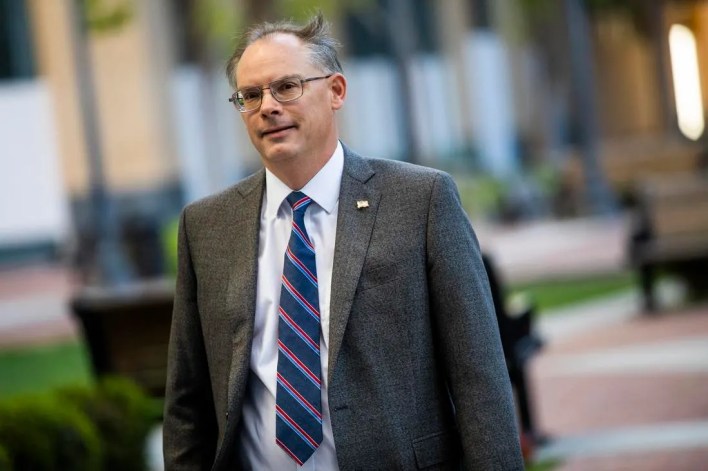 Bloomberg reports that Epic Games is ending a popular time-off policy and that the decision is angering employees.

The pandemic-based time-off policy gave employees every other Friday off. Employees would work a full five-day week one week, and only four days the next. As you might imagine, this was and remains popular. A survey of 581 employees found that 93% approved of the policy.

But Epic Games claims that this alternating Fridays policy was always designed to be temporary and that it was not fair to all employees.

“Right now, we are seeing lots of Fridays off for deep work, and lots of people who must work Fridays anyways,” Chief Operating Officer Daniel Vogel wrote in an email, Bloomberg’s Jason Schreier reports. “This meant that many people were not benefiting from this policy equally.”

“A spokesperson for Epic Games told Kotaku in a phone call that the company would be replacing alternating Fridays off with a new policy of no work meetings on any Friday, describing these days more as “unstructured” time to do existing work moving forward. The spokesperson also said the alternating Fridays off policy was always meant to be temporary, and that Epic Games already shuts down for four weeks out the year in addition to staff’s personal time off days.”

Kotaku also reports that some studios, such as Young Horses (Bugsnax) and Eidos Montreal (Guardians of the Galaxy) are moving to permanent 4-day work weeks (though how this might affect salaries and compensation in the long-run remains to be seen).

While I do think that more flexibility in the workplace is smart, pandemic or no, and that attempts to “track” work-from-home policies are pointless (results matter most, after all) Epic’s reversal here simply doesn’t strike me as terribly controversial. Maybe a four-day work week is ideal. Maybe weekends should be three days long.

But a lot of people working jobs outside of video games don’t have the luxury of a 4-day work week or alternating Fridays off. Many American workers do not enjoy 4 weeks of vacation time on top of personal vacation days, either, so I suppose my sympathy only extends so far when learning that alternating Fridays will no longer be a thing.

Unstructured, meeting-free Fridays sound like a decent alternative also. I’ve seen various estimates, but something like $37 billion is wasted on unnecessary meetings in the US each year, so by all means let’s stop having so many (I don’t mind necessary meetings but most meetings in my experience have felt more like pointless ways for management to act busy).

I guess my point is that while we should worry about things like crunch and poor working conditions and discrimination in the work place, we should also remember that the video game industry is just one of many, and that workers in plenty of other industries and fields also face their own struggles without these types of benefits and without the status one accrues from doing something cool like making games.

Many, many workers still had to go to work during the pandemic and didn’t get alternating Fridays off and don’t have a month of break plus paid vacation days each year. Grocery store clerks, food service workers, Amazon warehouse workers, meat-packing professionals, healthcare workers—these people faced more risk during the pandemic than game devs and often get less attention. A little perspective never hurts.

We should absolutely view all of this through the lens of class solidarity, and I am trying to do just that, but if the big controversy is that you don’t get every other Friday off but you still get over a month of vacation each year, I guess I’m just having a hard time getting too worked up. Sure, let’s move to four-day work weeks but remember that in the warehouses and factories and construction sites of America that dream is still a long ways off.

I’m reminded of a story one of my education professors told me back in college when I thought I wanted to be a teacher. He talked about when he was working as a teacher and they were fighting for higher pay and there was some kind of community meeting with parents and a man stood up when it was his turn to speak and asked why he should support more pay for teachers.

After all, teachers got good benefits and summers off, plus Spring Break and Christmas Break and all the rest. Meanwhile, he was a mechanic and worked 40+ hours a week every week of the year, had almost no time-off to speak of and so forth. Now, clearly we should want better working conditions and pay for teachers and mechanics, but it’s still worth keeping this kind of thing in mind when we discuss these things.

Nor do I think we should ignore the fact that the super-rich make far, far more than anybody we’re discussing here. Jeff Bezos is hauling in more money than most of us can even imagine. Epic Games CEO Tim Sweeney is a billionaire. But Epic Games employees probably still have it better than a lot of workers out there, even with this Fridays off policy drawing to a close.

What do you think? Am I being callous here? I guess I feel like the video game press sometimes makes mountains out of molehills, or can become somewhat (understandably) myopic with regards to this industry and its struggles. Let me know on Twitter or Facebook.