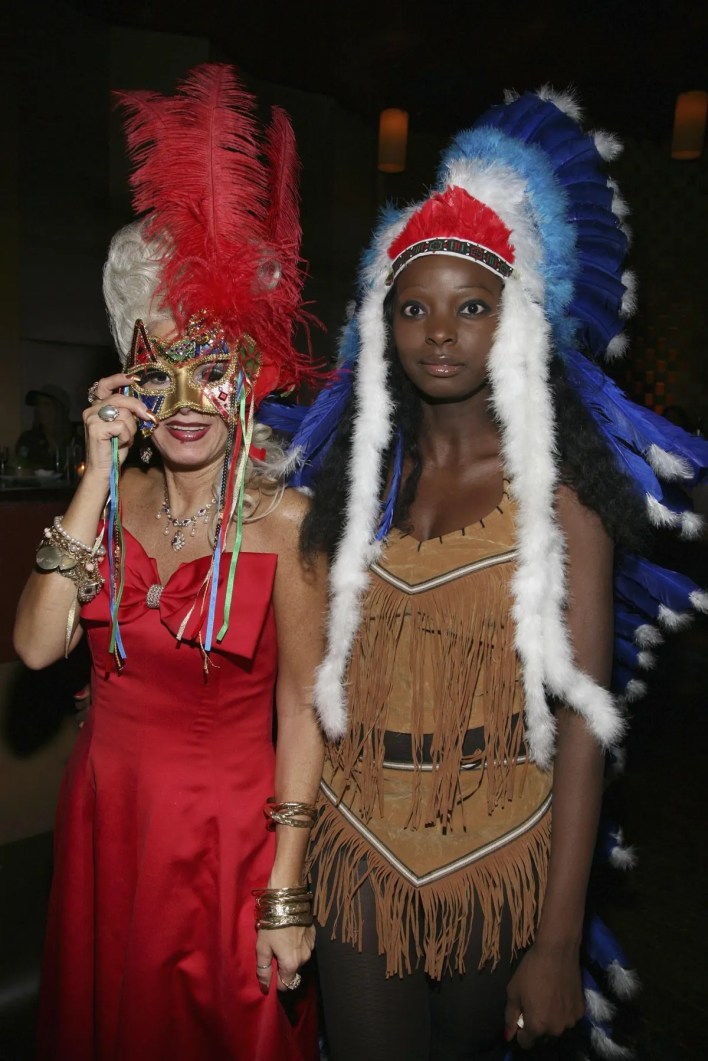 Well, it’s that time of year again. Halloween is tomorrow and many are sifting through picked over Halloween store shelves looking for a last-minute-costumes. Although, there have been countless lists of dos and don’ts that fall under offensive or flat-out racist Halloween costumes that whites should steer clear of. There’s not nearly as much discussion about racially offensive or inexplicably distasteful Halloween costumes that people of color should rethink – or not even think about at all.

As we all know, being a member of a racially or ethically marginalized group does not make a person above biased perspectives or behaviors. And some people of color seem to find themselves guilty of joining the latest offensive Halloween costume trend in the name of being humorous. Sometimes these poor choices are rooted in bias and prejudice and other times absurd custom choices are a consequence of sheer ignorance. In either case, prejudice and discrimination are never a laughing matter even if it comes in the form of a seemingly unassuming Native headdress. Covert acts of discrimination are just as dangerous as more explicit behaviors and maintain White supremacist ideology all the same.

Ideally, racism wouldn’t exist and we would all gather in a circle every week over a campfire, hand in hand, singing “Kumbaya.” Or at the very least, there wouldn’t be racial tension and bias between members of racially underrepresented groups. But sadly, there is.

In fact, the tension that drives a wedge between racially marginalized groups is a function of White supremacy and aims to divide and conquer. Think: crabs in a barrel. Take for example the model minority myth, which not only creates a very rigid and controlled set of expectations for Asian Americans to subscribe to be considered the “good minorities.” It also sets Asian Americans as the standard for all other racially marginalized groups to strive toward – creating resentment within and between racially underrepresented populations.

But it doesn’t stop there. We are constantly inundated with negative and inaccurate tropes and stereotypes about other racially marginalized groups, which shape our perspectives and attitudes about them. For example, the oversexed and criminally minded Black man, the angry Black welfare queen, or the fiery and promiscuous Latina and her drug smuggling machismo Latino male counterpart. And the list goes on. Simply put, there are a lot of people of color who have internalized the same racially and ethnically oppressive societal messaging and stereotypes about other people of color that some white Americans have. Making it all the more justifiable – from their perspective – to knowingly wear a racially offensive Halloween costume.

But malice or prejudice might not be the cause for every distasteful or racially offensive Halloween get-up that a person of color wears. For some, it is not that deep. There are people of color who lack an awareness of the historical oppression that some groups have endured and continue to endure and are unfamiliar with the cultural context for certain harmful costumes. For that group, here’s a list of offensive Halloween costumes that no one should ever wear. Ever. Period.

As if the #MeToo movement was not a give-away, the R. Kelly trial should have serve as a huge red stop sign, but this is still worth mentioning. Sexual harassment jokes are not funny. Someone exposing themselves to non-consenting viewers isn’t comical; it’s a very real and traumatic form of sexual harassment. These kinds of costumes are not only offensive; they can trigger those who have dealt with harassment themselves.

When I first saw someone dressed as a Holocaust survivor, I thought it must have been an anomaly. But I was wrong. Several celebrities have been called out for dressing up as a Nazi for Halloween. Dressing up as a Holocaust victim is just as offensive. Several retailers have come under fire for selling an “Anne Frank” costume for little girls. Several stores pulled it off the shelves after customers complained, but others still offer similar looks as “World War II Evacuee Girl” or “Child’s 1940s Girl Costume.” The Holocaust is a historical event that’s inappropriate for costume party shenanigans.

If your outfit makes fun of a marginalized group of people, it needs to stay on the shelf. Take this “tranny granny” costume, for example. It got pulled from Walmart after consumers pointed out that not only does it mock transgender women, but also uses a transphobic slur in the name. Dressing up as a gender presentation other than your own is not a great idea. Trans people aren’t a joke, and these costumes aren’t funny.

For decades, dressing up as a “hobo” was considered a harmless outfit. As a child, I remember it being the go-to costume for children when all else failed. But it turns out that the costume in and of itself is a major fail and is offensive. In the U.S. alone, thousands of people are unhoused every day. It’s a lived reality for many, not a funny or convenient outfit idea.

When it comes to disrespecting women, these costumes get it wrong in so many ways. They not only reduce women to sex objects, but they turn a woman’s weight into a joke. Think about it this way: If you wouldn’t say it to a friend’s face, don’t wear it as a Halloween costume. Outfits that make fun of people’s size, objectify human beings, or otherwise make light of a person’s lived experience are reflections of poor judgment.

Do we even have to say this? Maybe we do because Chris Brown was recently under fire for doing just this. Dressing up as Osama bin Laden, Dylan Roof, or even a generic member of ISIS are all in extremely poor taste. This falls under the same heading as making light of tragedies. While we’re at it, let’s cross dictators like Hitler or anything that involves the Confederate Flag off the list too.

Sometimes, offensive stereotypes creep into our speech before we even realize it. How often have we all called a difficult person “crazy” without thinking about how the term might feel to someone living with mental illness? Halloween costumes that make light of mental health diagnoses are no different. Wearing a straight jacket, or any other equipment typically associated with the institutionalization of people with mental illness, trivializes that experience. Don’t do it.

When someone dresses up as a member of a culture that isn’t their own, particularly in an exaggerated or “humorous” way, it comes off as cultural appropriation at best or an offensive jab at other cultures. If you or your child intend to pay homage to a beloved Disney character (hint: Moana or Pocahontas), please dress with racial and cultural sensitivity. Focus on costuming linked to a specific character, not general features that have been associated with marginalized groups of people. Bypass the mustache and poncho combo, kimonos, Native headdresses, and grass skirts with a coconut top. Although we continue to see this during Halloween and even on random days of the week, for the last time, wearing Black face is never a good idea. It’s racist and further perpetuates anti-Blackness and oppression that Blacks experience in the U.S.

Forget The New MacBook Pro, Apple Has Something Much Better