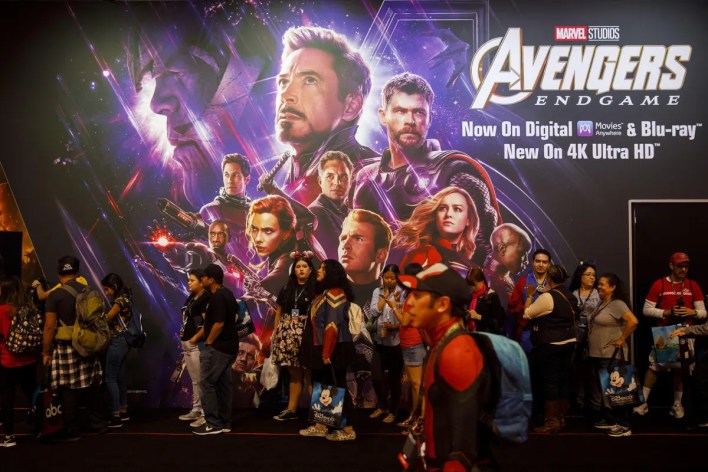 I have to admit that I am currently on an Avengers binge. After the family and I went and saw Scarlett Johansson’s spectacular performance in Black Widow, my wife and I have convinced the children that we need to watch each movie in the series from start to finish. The problem is the children – like many children — have already watched said movies a few times, so they have no interest in explaining to mom and dad how the causal connections all work.

What they don’t know is that I have been watching the same movie following central banks over the last decade, and have a decent picture of how it all ends. Not well.

The Avengers’ slogan, according to my kids is: “Earth’s mightiest heroes must come together and learn to fight as a team if they are going to stop the mischievous Loki and his alien army from enslaving humanity”. In my version the mighty hero wannabes are the non-elected heads of the world’s largest central banks, who have come together, based on increasingly fragile economic logic, with suits of cash, to stop deflation from enslaving human economic activity.

Unfortunately there is an “Endgame” to this story as well, although I have not watched that Avengers movie yet, I don’t really know who survives and who doesn’t. Except the one leak that Ironman does not survive.  One thing is sure – between here and the monetary policy endgame, there is likely to be some spectacular mayhem that we will just have gotten used to. No, it is not a real city being blown up, but the foundations of finance that have been smashed up good. For now stock markets are high, money is raining down on the public, so no one is complaining. But what happens when the next correction is met by a lukewarm “it’s not my problem” response from the Avengers?

After watching the recent Senate Banking Committee drama on September 28th, where Senator Elizabeth Warren called Fed Chair Powell “a dangerous man”, I feel like I am in another, real-life Avengers movie, and we need to figure out what the world looks like when the heroes are done with their battle. Here the bad guys are not aliens, but COVID-19, weakening economies, deflation, inflation, supply chain disruptions, increasing inequality, central bank ethics issues, bank regulation, etc.

Dangerous Transitory Man (DTM) does not worry about inflation that is in everyone’s face and in their wallet. He believes in the transitory nature of inflation. Here is a quote from him at a conference hosted at the ECB on September 29th under the auspices of “DTW” ECB President Christine Lagarde:  “For some time, we and others have been forecasting that the current inflation spike will not lead to a new inflation regime in which inflation remains high year after year”.  The hidden forecast is that inflation is not a problem for DTM, so the money spigots will remain open, though the impending taper of asset purchases will moderate it by a small trickle starting next month. In an old paper by two Berkeley economists the point was made that the Fed, and other central banks, just like the rest of us, make mistakes of forecasting repeatedly. But this is not the main problem. The problem, as they point out, is that the Fed has the power to act on its (frequently erroneous) forecasts, and actually acts on its forecasts.  Here is the quote from this paper that is probably more true today than it was before (by the way it was written just a couple years before the financial crisis):

“We compare these staff and policymaker forecasts for the period 1979–2001 with actual data to see if the FOMC forecasts contain useful information. We find that, for the most part, they do not. We also investigate the possible consequences of the FOMC’s misguided information. In particular, we examine whether differences between the FOMC and staff forecasts help predict monetary shocks. We find suggestive statistical and narrative evidence that they do. This may indicate that the FOMC’s attempts to add information to the staff forecast are not just unsuccessful, but may lead to inappropriate actions.”

A new paper by Federal Reserve economist Jeremy Rudd recently threw cold water on the Fed’s long held but not proven theory that inflation expectations are what determine inflation. The best market-based metric of inflation expectations is the forward inflation breakeven rate, i.e. the difference in the forward rate as implied by the difference in nominal and inflation linked bonds (TIPS). Since the Fed can buy and sell as many TIPS and nominal bonds as they want, they can make this breakeven rate whatever they want it to be. The proof is in the Fed’s own data. It owns a huge chunk (almost 25%) of all TIPS, and there are certain maturities where it owns almost ALL of the TIPS (Source: Federal Reserve).

Regarding inflation being “transitory”, Ben Hunt of “The Epsilon Theory” has called the current table pounding on transitory inflation “Fiat News” – the proclamation of opinion as fact. With all due respect to my wife, lawyers, very aptly, are trained to paint opinion and viewpoints as facts (just a reminder – all three major central bankers are lawyers). However as inflation shows no sign of abating, and supply chains are stretched to levels not seen for a very long time, the word “transitory” is rarely being used by Powell any more.

In a piece from Arbor Research, textual analysis of the words “employment”, “inflation” and “financial stability” showed that the frequency of the words “financial stability” relative to the other words has dropped to extremely low levels (Source: Arbor Research Report October 7, 2021). In other words, with their focus on employment and inflation, central banks are less worried about a stock or bond market crash.  Since financial stability concerns are on the back-burner at the same time that the current Fed Chair is in a game of political musical chairs with other Fed officials, there is a good chance that their ability to aggressively defend financial markets will be hampered. “Crossing red lines” to defend the markets, as the Fed had to do last spring, might become harder.  Will DTM even survive to serve for another term?

For stock and bond markets that have relied on the generosity of the Fed and other global central banks, a lame duck Fed chair could be a problem. The fact that stocks are selling off more on days when bond yields rise should be a major concern for those who have been conditioned to both stocks and bonds rising over the last decade. This increased positive correlation between stock market prices and bond prices is reminiscent of inflation in the 1970s, and in such an environment, diversification cannot be trusted much for portfolio protection.

An essentially unlimited amount of money has been put into the global economy by central banks and a good portion of government checks has arguably been the main cause of stock market rallies and also the cause of the supply bottlenecks (as well as good times in Las Vegas). Demand has exceeded the ability of manufacturers and shippers to keep up with this demand. If supply chains do not return to normal in the course of the next few months, there are only two possible paths for the central banks: either let prices rise further, i.e. inflation, or to sharply slow down the demand, i.e. raise rates. In either case, holding low-yielding global bonds and assets that benefit from low rates is likely to be very painful.

The sooner investors realize that low rates and money printing, not the threat of deflation and economic slowdown, has been behind the massive increase in bond prices in particular and asset prices broadly, the sooner they will see the threat of inflation not being transitory. Any sharp rise in bond yields can pop asset price bubbles.  In this scenario, Dangerous Transitory Man or Woman might not be able to keep asset prices high if non-transitory inflation requires tighter monetary and fiscal policy. The house of cards built on weak economic and theoretical foundations could quickly expose the delicate nature of global bond markets today. We could soon be repeating the quote from one character from Black Widow, the most recent Avengers movie: “The Best Part of My Life (insert “Investment Gains” for “My Life” here) Was Fake And None Of You Told Me”. Well, now we have been told.