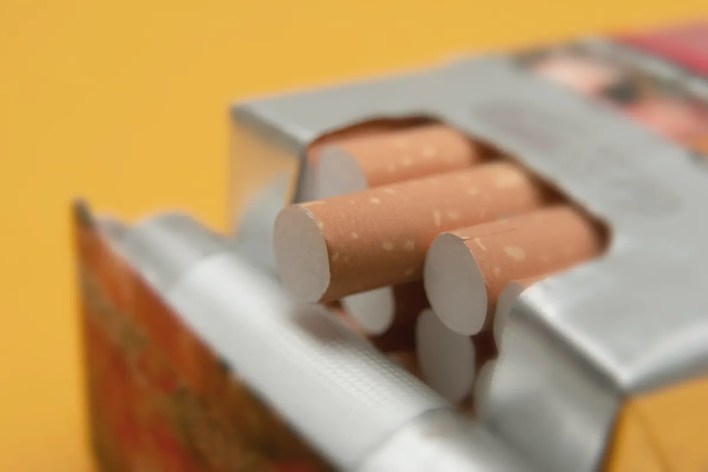 When it comes to prison, the inmates may stay inside but staff and contractors go in and out of the facilities at all hours of the day. This activity presents a risk for introduction of contraband goods into the prison. While those who are tasked with supervising prison inmates is high, so is the temptation to cross the line. The prices that inmates are willing to pay has gone through the roof.

Cheyenne Harris was a corrections offer at the Leavenworth Federal Detention Center in Leavenworth, KS, a maximum security federal prison run by private prison company CoreCivic. Harris was charged with selling packs of cigarettes to an inmate for $100/pack … the inmate turned around and resold them to other inmates for $350/pack! When the FBI was tipped that contraband was moving into the prison, they confronted Harris earlier this year about whether or not she was receiving money through Cash App. Harris denied having Cash App even though it was her primary means of getting money for the contraband. One would have thought a visit by the FBI would have been enough to stop moving goods, but the indictment alleges that Harris approached two more inmates after the FBI encounter seeking to bring even more cigarettes into the institution.

Contraband in prisons is not new and the premium for these goods is at a premium. Cigarettes are expensive but drugs like marijuana and heroin are astronomical. The most expensive item on inmates’ contraband lists are cell phones. A prison guard was recently charged with selling more than 25 cell phones to inmates on San Quentin’s Death Row, basic phones, for $500 each … they resold between inmates for $900 each.

Cell phones are all over federal facilities. In 2010, Congress passed the Cell Phone Contraband Act to crack down on cell phone use in prison and give additional punishment as a result. Congressman Bobby Scott (Virginia) acknowledged the problem then by saying of the law “will address an ongoing problem of cell phones being smuggled into prisons by visitors and prison guards. Prison inmate cell phone accessibility has resulted in offenders facilitating and committing crimes with the use of the cell phones. Gangs have also become far more organized because members in prison have cell phone access.” An inmate in USP Atlanta live-streamed on Facebook from his cell … so no shortage of those willing to take a risk.

A cell phone on the prison black market can cost up to $5,000 each when it is a top-end smart phone like the Apple iPhone. For those responsible for sending these goods into prison it could mean thousands of dollars each month of extra cash but it could also be years in prison if caught.

The problem with contraband goes back to urban legends of inmates receiving backed goods with a saw blades inside. In 2016, the Office of Inspector General wrote a blistering report on the Federal Bureau of Prisons’ record on controlling contraband. According to BOP data, cell phones were the most common type of contraband recovered between 2012 through 2014 … the BOP reported that over 8,700 cell phones were recovered during this period, 2,012 more than the next most common contraband type, weapons. One recommendation from the OIG was for the BOP to step up their screening of staff.

State prisons are also a problem. In 2017, South Carolina prison officers reported finding and taking one phone for every three inmates, the highest rate in the country. One excellent article I found in Slate said that the temptation is so high for inmates and staff to use cell phones that the institutions should just look at allowing inmates to carry them.

Contraband is here to stay and the price of goods will continue to rise along with the risk.