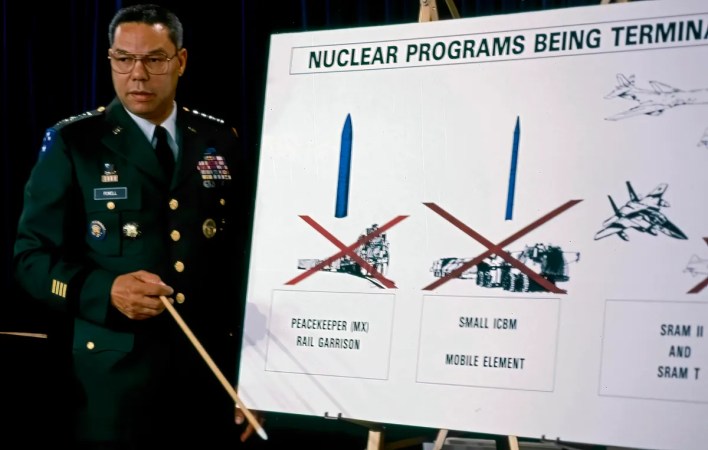 Colin Powell, a retired four-star general, national security adviser and secretary of state who passed away today at age 84, leaves an important legacy of leadership that executives at companies can learn from and apply at their organizations.

In reporting his death today, The New York Times noted that, “By the time he retired from the military in 1993, Mr. Powell was one of the most popular public figures in America. In an interview with The New York Times in 2007, he analyzed himself: “Powell is a problem-solver. He was taught as a soldier to solve problems. So he has views, but he’s not an ideologue. He has passion, but he’s not a fanatic. He’s first and foremost a problem-solver.”

In his 2012 memoir, It Worked For Me: In Life and Leadership, Powell listed his 13 rules of leadership.

1. It ain’t as bad as you think. It will look better in the morning.

5. Be careful what you choose.

6. Don’t let adverse facts stand in the way of a good decision.

7. You can’t make someone else’s choices.

12. Don’t take counsel of your fears or naysayers.

13. Perpetual optimism is a force multiplier.

Projecting Optimism And Enthusiasm Is Critical

Wes Jacobs, a former U.S. Army infantry officer and a graduate of the Virginia Military Institute, said he frequently read about Powell’s service and his leadership lessons while he was on active duty. Jacobs observed that, “People reflect the outlook and attitude of their leadership. Projecting optimism and enthusiasm as a leader is critical to morale and getting the members of an organization to tackle problems head on.

“In the military and in the corporate world, leaders demonstrating a can-do attitude and enthusiastically tackling complex problems creates a culture that is more open to creative risk taking and less vulnerable to shocks and setbacks. This remains a common refrain among military officers,” he concluded

PR expert and crisis management consultant Francis Perdue said Powell epitomized the essence of leadership. “As a leader he understood the assignment. Corporate leadership can take lessons from [his] life. Leading by example and helping those around him succeed was his theme. “

Lakesha Cole, founder of she PR, said corporate executives can learn from Powell that, “You’ll rarely get easy decisions, and you shouldn’t try to make them alone. Take the opportunity to look at each issue from multiple angles and build your own team of experts—allowing for healthy, plausible debate amongst the group and solicit input from everyone in the room regardless of job titles.

“This further demonstrates your commitment to developing sound inclusive solutions based on facts and logic and allows everyone to take ownership of the problem and results,” Cole advised.