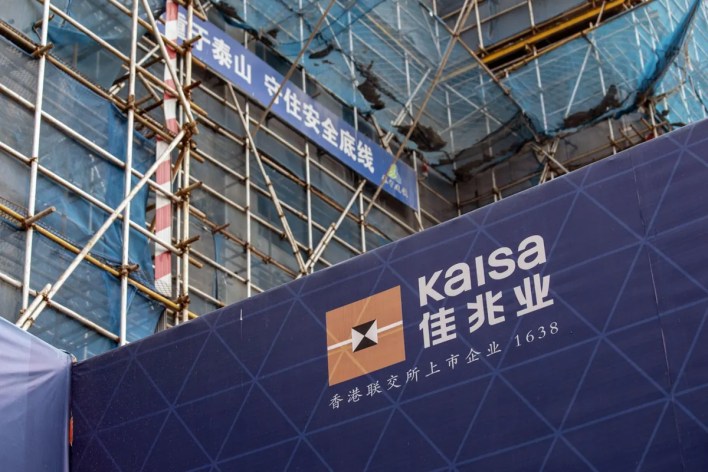 Kaisa Group has agreed to sell a residential site at Kai Tak, once home to Hong Kong’s airport, to New World Development—controlled by billionaire Henry Cheng and his family—and Far East Consortium in a deal valued at $1 billion as the cash-strapped Chinese property developer seeks to avert a debt default.

An equally owned joint venture between New World Development and Far East Consortium is buying the 104,496-square-foot plot at a discount. It was valued at HK$9.8 billion (about $1.3 billion) in June this year, Far East Consortium said in a regulatory filing on Thursday.

The land sale comes as Shenzhen-based Kaisa is asking holders of its $400 million 6.5% notes that are maturing on December 7 to swap 95% of the notes for a new note that will mature in June 2023 at the same coupon rate. Kaisa owns half of the Kai Tak plot, which was acquired last year from tycoon Pan Sutong’s indebted Chinese developer Goldin Financial Holdings.

“Despite our efforts to reduce our interest-bearing debt in response to government regulations, the current sharp downturn in the financing environment has limited our funding sources to address the upcoming maturities,” Kaisa said in the regulatory filing.

The company is shoring up its finances amid a liquidity crunch triggered by the debt crisis at China Evergrande and exacerbated by a slump in housing demand in China as the government wants developers to reduce debt.

Kaisa plans to sells almost $13 billion worth of properties, including 18 projects with 1.45 million square meters of space in Shenzhen, to raise capital after it missed payments on investment products, the South China Morning Post reported earlier this month.