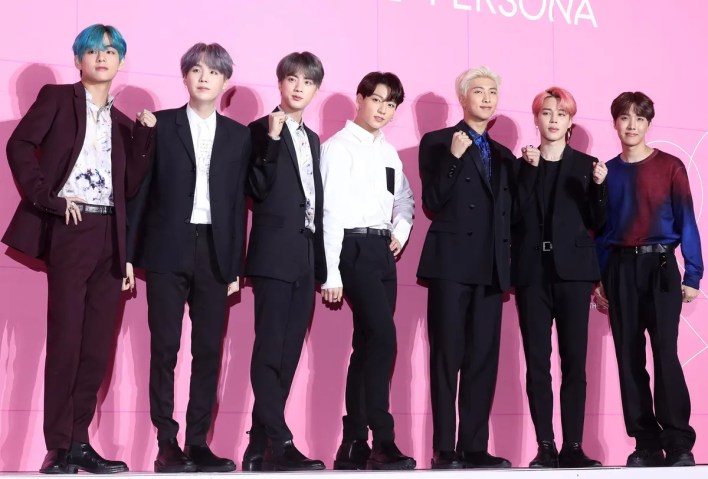 It’s official: BTS and Coldplay’s “My Universe” is No. 1 on the Hot 100. The collaborative cut debuts in first place on the all-encompassing tally, bringing both acts back to the summit on the most competitive songs ranking in the U.S. By launching as high as a track can climb, the single helps one of the groups attached make history with one more immediate win to their credit.

“My Universe” is Coldplay’s first No. 1 debut on the Hot 100, but the same can’t be said for BTS. The South Korean band has racked up a historically-high number of instant champions on the ranking, and with an additional ruler, they once again tie two of the biggest musical superstars of all time for the most immediate chart controllers.

BTS collect their fifth No. 1 debut with “My Universe,” matching Ariana Grande and Drake for the most chart-topping starts in the Hot 100’s half-century-long history. The K-pop idols first opened a tune in first place on the tally a little more than a year ago, when “Dynamite” gave the band their first-ever champion. Before 2020 had wrapped, they’d doubled their sum with “Life Goes On.” So far in 2021, the band has launched two more singles in first place on the list, with both “Butter” and “Permission to Dance” opening ahead of all other cuts.

Grande was the first musician to collect five No. 1 debuts on the Hot 100, a feat she managed last year. The pop singer earned her first immediate win in 2018 with “Thank U, Next,” then a second in 2019 with “7 Rings,” both of which are featured on her album Thank U, Next. 2020 was a landmark year for the superstar, as she racked up a record-breaking three instant rulers, as she debuted “Stuck With U” with Justin Bieber, “Rain On Me” with Lady Gaga and her own “Positions” in first place.

Drake is the only other artist who has thus far accrued five No. 1 starts on the Hot 100, and he collected his fifth just a few weeks ago. 2018 saw the rapper push a pair of cuts to the summit without hesitation, as both “God’s Plan” and “Nice for What” went right to the top of the all-encompassing singles tally. He then scored a third quick win in 2020 with “Toosie Slide.” This year, he’s returned to the peak position with “What’s Next” and “Way 2 Sexy” with Future and Young Thug, both of which opened atop the ranking.

With a fifth No. 1 debut on the Hot 100, BTS break out of a tie for the third-most fast chart-toppers in the ranking’s history. Before this week, the band was on the same level as Justin Bieber, who has also landed four conquerors right out of the gate.

MORE FROM FORBESBTS Ties Justin Bieber For The Second-Longest-Running Sales No. 1 In U.S. HistoryBy Hugh McIntyre

Communication Is Key: In The Emergency Department, Informed Patients have A Better Experience

Communication Is Key: In The Emergency Department, Informed Patients have A Better Experience

The Edge Has Re-Emerged To Challenge — And Complement — The Cloud