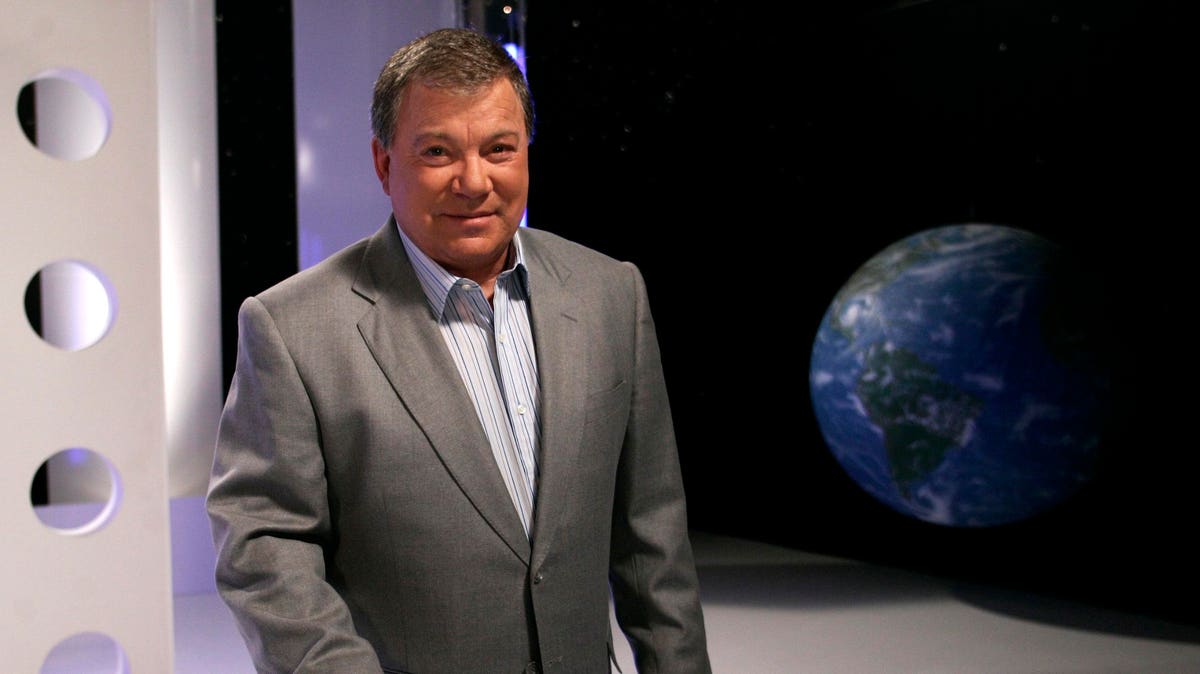 On Wednesday, October 13 at 8:30am CT, William Shatner, who starred as Captain Kirk in Star Trek: The Original Series, will be going where no Hollywood star has gone before — a suborbital sojourn that will take him 66 miles to the edge of space where he will be able to marvel at the curvature of earth and enjoy zero gravity weightlessness with his Blue Origin crew members. The entire experience is expected to last about 10 minutes and will be similar to the ride that Blue Origin and Amazon founder Jeff Bezos took this past summer with his brother and crew.

Shatner might be the oldest person to rocket to space at 90 years old, but he’s not the first actor to go. Feature filmmakers from Russia landed on the International Space Station last week beating Tom Cruise to bragging rights. The actor has been working on a $200 million Universal Studios film with SpaceX founder Elon Musk which NASA tweeted about last year and is expected to be shot on the space station.

Case in point: the race is on. But for those who can’t afford the ticket price which starts at $250,000 for Virgin Galactic and can cost up to $28 million on Blue Origin and $55 million on SpaceX – there’s a survival TV game show in the works with the working title “Who Wants To Be An Astronaut?” that might get them there for free.

Hitching A Ride to Sky City

Axiom Space, a venture-backed unicorn building the replacement for the International Space Station, is teaming up with Discovery Channel to give away a trip to the space station onboard SpaceX to the winner of a series of challenges meant to simulate rigorous astronaut training. The series is expected to air in 2022 and for those wanting a shot to go up, casting is underway on the Discovery Channel site.

What this means is that the commercialization of space is happening in a very real way. No longer the realm of science fiction, private startups are joining forces with Fortune 500 companies to build industrial complexes in low Earth orbit for a multitude of commercial purposes including research, development, manufacturing, climate sensing, and even hospitality, with space hotels being planned to serve as WeWorks for those seeking off planet retreats and remote work offices.

Axiom board member Rob Meyerson, who is the operating partner of C5 Captital, the lead investor in Axiom’s $130 million Series B round which landed it its billion dollar valuation earlier this year, shared with me his thoughts on why Axiom decided to sponsor the survival game show.

“It’s about opening the frontier to everyone—not just space billionaires. Until now it’s been a pretty exclusive club with only about 650 people that have ever gone up,” said Meyerson showing me a Wikipedia list that included the rich and famous including Cirque du Soleil billionaire founder Guy Laliberte.

“If you can’t afford the ticket, but going into space is on your bucket list, lotteries like Inspiration4 (a fundraiser for St. Jude Children’s Research Hospital that sent winners on a three day orbital trip on SpaceX last month) and shows like ‘Who Wants To Be An Astronaut’ can make it possible,” he said.

Moon City And Beyond

Former president of Blue Origin and NASA engineer, Meyerson is using his extensive network to bring together key players to plot the path forward for building our off world future at the Ascend space conference taking place in Las Vegas, November 15 through November 17.

His goal is to workshop the technical, business and policy challenges involved with building worlds that do not yet exist — and the role that AI can play.

“NASA is working on the Artemis program, which intends to build a long term moon base. The problem is that this could take a long time and be beholden to congressional appropriations,” said Meyerson.

“A more commercial approach is needed. This is where we see the opportunity for the private sector to accelerate the timeline. Axiom is launching its first module in 2024 and the space station is expected to be fully built by 2028. By the mid 2020s there are going to be competing opportunities in every leg of the transportation chain between the Earth and Moon making it possible for more private citizens to experience space,” he said.