Pierre-Emerick Aubameyang is demonstrating a different side to his game and is leading from the front for Arsenal, says Mikel Arteta.

Aubameyang has gained plaudits for his form in front of goal, having scored seven times in all competitions so far this season, including during Arsenal’s 3-1 win over Aston Villa on Friday.

However, it is the 32-year-old captain’s leadership that has impressed Arteta most.

“I wouldn’t go to the goals, again it is what Aubameyang is transmitting on the pitch. I have never seen Aubameyang transmit what he is doing now,” Arteta told the club’s official website.

“Apart from the goals, the celebration when they put the ball in the net, do you see the way he runs, the purpose he has to press the ball, and, when he takes it his movement, his link, how he is leading the game, not when he is static, and then he puts the ball in the net? I prefer this Aubameyang.”

The striker’s form in front of goal has helped Arsenal recover from a difficult start to the campaign, that saw the side lose their first three league games without scoring.

That poor form, which saw Arteta come in for criticism, reached its low point with a 5-0 thrashing at Manchester City, but has since given way to a six-match unbeaten run. His comments come days after former Arsenal goalkeeper David Seaman urged the club to tie down Lacazette to a new contract.

“What was good, or very good, two or three years ago, with his role in this team, at this club it is not enough.

Arsenal, who face Leeds in the fourth round of the Carabao Cup on Tuesday, will hope to continue their upturn in fortunes – and Arteta hopes to see Aubameyang and Lacazette continue to set the standard. 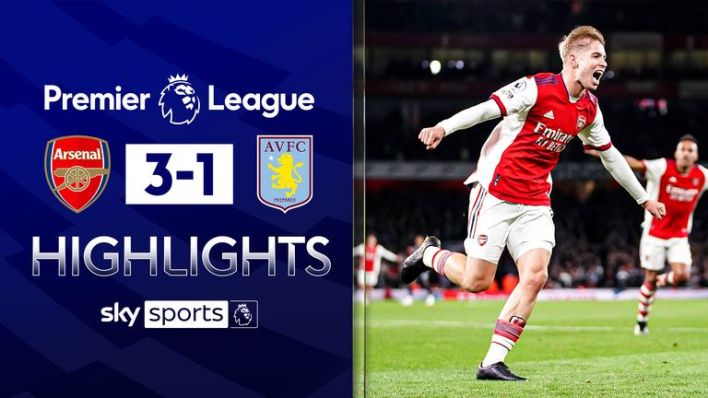 FREE TO WATCH: Highlights from Arsenal’s win over Aston Villa in the Premier League

“That is where I’m going, they lead by example and not only there but as well at the training ground,” Arteta said.

“Certain things, a role they could have had three years ago in the squad, now it has changed.

“Human beings change themselves every six months, they have all new selves, and it’s incredible so we are able to adapt very quickly and manipulate and change our minds very quickly as well.