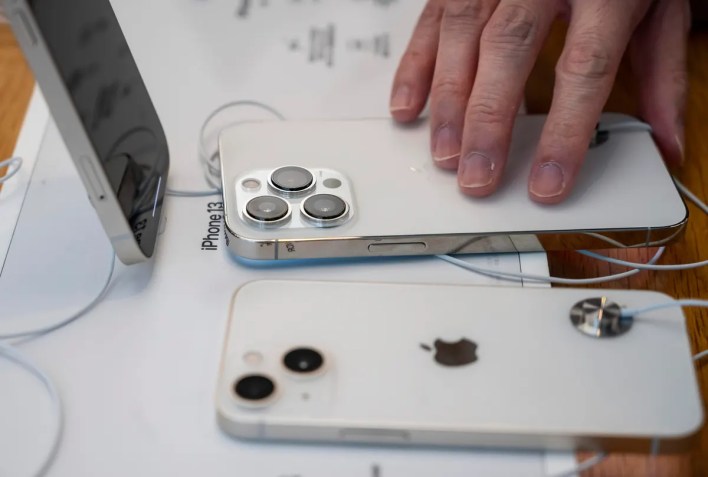 Taking a look back at another week of news and headlines from Cupertino, this week’s Apple Loop includes a huge range of iPhone 13 problems, iPhone 14 details leak, secrets of the iPhone 13, iPad Mini problems, more MacBook Pro power, no more screen for the iPad Air, Apple Apps finally reviewed, and Brazil fines Apple.

Apple Loop is here to remind you of a few of the very many discussions that have happened around Apple over the last seven days (and you can read my weekly digest of Android news here on Forbes).

An Avalanche Of iPhone 13 Problems

With Apple’s new iPhones now on sale, a wide range of issues in both the hardware and software are coming to light as consumers start to use their new smartphones. Many of the issues, especially those in the new iOS 15 software, are impacting existing iPhone owners running older handsets.

“iPhone 13 owners are particularly badly affected, reporting a multitude of problems including camera bugs, failure to wake, unresponsive screens, problems with core apps and borked accessories. But this is just the tip of the iceberg as now iPhone of all ages are being dragged into this dumpster fire.”

(Forbes). To highlight one example, the removal of Siri’s recognition of many voice commands has left those that rely on them (including users who are blind or have limited vision) is having a devastating impact:

“My sister is blind and Siri would respond to voice commands ie, read my text, call Barbara, answer questions regarding weather and most importantly tell my sister who called her. As of today, Siri’s response is “I can’t help with that”. Has the system changed? Is there something on the iPhone that needs to be in abled so Siri will aid my sister with knowing who called her in the past?”

One of the biggest security scares this week was discovered and demonstrated by a number of security researchers in the UK. As part of Apple Pay, it exploits a feature of Visa’s contactless system that could allow an attacker to force the handset to automatically a.uthorise a payment.

“‘Express Transit’ is an Apple Pay feature which enables commuters to make quick contactless payments without unlocking their phone, for example touching-in and touching-out at a London Underground ticket barrier. It is a weakness in how Visa systems work with this feature, that researchers from the Computer Science departments of Birmingham and Surrey Universities, discovered how to attack.”

There is no assumption that this attack has been used in the wild, or would be practical:

“Apple told the BBC: “We take any threat to users’ security very seriously. This is a concern with a Visa system but Visa does not believe this kind of fraud is likely to take place in the real world given the multiple layers of security in place”.”

Next Year For The Next Generation

Apple’s incremental updates to the iPhone 12 means the new handset feels more like an iPhone 12S rather than an iPhone 13. Many new features were expected – especially those already available on Android competitors – so where are they? Destined for the iPhone 14 family, that’s where. And it’s a family that will address an issue of size:

Secrets Of The iPhone 13 Pro

As is customary, once the handsets went on sale, the team at iFixit were able to get their hands on a retail model to begin their full strip down (and presumably a rebuild_ of the latest technology to find out how repairable it is, what’s going to be awkward, and how much hardware lock-in there is. The iPhone 13 Pro did not disappoint. Independent repair shops have another hurdle to overcome:

“With the display assembly now independent from Face ID hardware, you might be thinking display and Face ID swaps are easier than ever now! Right? Well, pump the brakes, kid. Face ID works even when we disconnected the front sensor assembly. However, any display replacement knocks out Face ID. We tried transferring the sensors from the old display and porting over the Face ID hardware, but no dice. It looks like the display is serial-locked to the phone.”

Users have also reported a stuttering ‘jelly’ display on the new iPad Mini 6. iFixit had already started their teardown of the (Apple doesn’t call it a) tablet and could diagnose the problem is part of the Mini’s design and a deliberate choice by Apple.

“When tearing the mini down, iFixit found that the controller board that drives the tablet’s display is oriented vertically. By contrast, the iPad Air’s is oriented horizontally. iFixit suggests that the jelly scrolling effect occurs when the tablet’s orientation doesn’t match the placement of the controller board, because the line-by-line refresh also happens relative to that board’s orientation.”

While the geekerati wait for the new MacBook Pro 14 and MacBook Pro 16 to launch during October, hints at some of the additional capabilities have been found in the source code of the latest macOS beta. Apple is coding a ‘turbo boost’ styled High Power Mode for the Mac platform

“Thanks to Apple Silicon, the macOS software has a much closer relationship to the hardware than the Intel-based MacBooks. That would mean more control over the environmental factors to push both the CPU and GPU cores to their limits, with a nod towards increased power consumption and handling the increased thermal output.”

The iPad Air Loses A Screen

Those hoping for a new OLED display being added to next year’s iPad Air are going to be disappointed. Apple’s deal with Samsung Display has reportedly been cancelled. Apple was looking for a display that offered a longer lifespan, while Samsung Display needed a larger order book to rework a production line

In a move that you would have thought would already have been made, Apple is allowing iPhone owners to rate and review the built-in default apps it supplies with the iPhone and iPad hardware. Right now Apple’s worst performing app is ‘Podcasts’, all the more ironic given this week saw #InternationalPodcastDay:

“No Apple app approaches the fabled 5 star perfect score. Voice Memos seems to be Apple’s highest-rated built-in app currently, sitting at 4 stars. Weather is also doing relatively well, at 3.7 stars, with customers appreciating the improvements brought by the iOS 15 update. However, there is a common feature request for both the Weather and Calculator apps …”

Brazilian authorities are planning, once more, to fine Apple for not including a charger with the new iPhone 13 family

“The consumer already has the expectation that he [sic] will receive the charger along with the smartphone,” Procon-SP executive director Fernando Capez told TechTudo (in translation). “Breaking this routine can also imply an unjustified price increase.”

“…Apple does state on its website that there is no charger included, but according to the Brazilian authorities, this is not sufficient. In translation, Capez said that local consumer law requires such information to be “ostentatious,” not “camouflaged.”

Apple Loop brings you seven days worth of highlights every weekend here on Forbes. Don’t forget to follow me so you don’t miss any coverage in the future. Last week’s Apple Loop can be read here, or this week’s edition of Loop’s sister column, Android Circuit, is also available on Forbes.