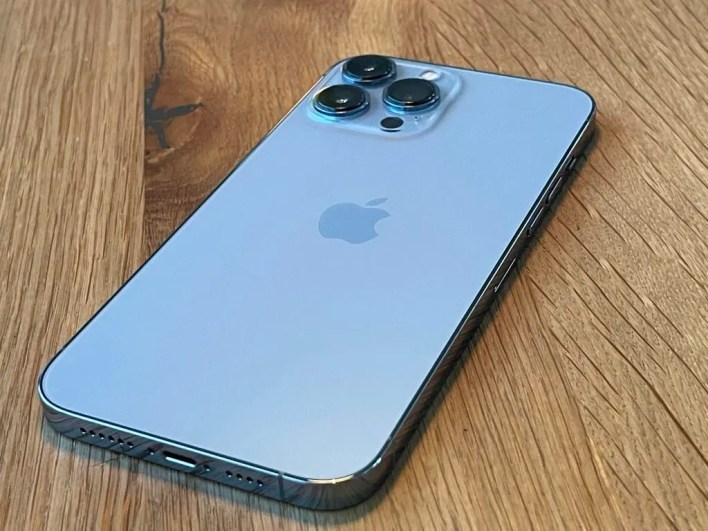 Every Wednesday, AppleUnboxed lands in subscribers’ mailboxes. It’s an all-things-Apple guide to what’s going on with the world’s most fascinating company. Each weekend, I’ll be publishing just one item from a previous newsletter.

AppleUnboxed has much more stuff, including exclusive interviews, reviews before you can read them anywhere else (no, I mean anywhere—and the review below is an example of that), long-read features, comparison pieces, news items and more. To see all that, you’ll need to subscribe—and you’ll get it sooner, too. Sign up here.

Oh, and all previous AppleUnboxed newsletters are available, for subscribers’ eyes only, here on Forbes.

The review below appeared first in a special extra issue of the newsletter on Tuesday, September 21.

With a 6.7-inch display, the Max is the most sumptuous of the iPhones, making easy reading thanks to all that real estate, but occupying pockets and demanding bigger or stretchier fingers to make it easy to use.

In almost every respect, it’s identical to the iPhone 13 Pro, except for the size, the battery and the price. But crucial features like the top-flight A15 Bionic processor, the three cameras and overall design are the same.

Those cameras are big, even bigger than the ones on the iPhone 12 Pro Max. The same lenses feature on the smaller Pro where they look really huge, so they arguably make a better-proportioned fit on this phone. The camera panel is a design statement: three bold, big lenses, a flash, microphone and LiDAR scanner. That last element is there to serve augmented reality uses and to assist the cameras with fast assimilation of the contours of a situation, to help with fast, sharp focus.

The point is, you can’t miss the cameras on this iPhone. The camera panel is raised and the lenses protrude further. But the size isn’t just for show. It’s there to house lenses with apertures which are more wide-open than the ones on the iPhone 13 and iPhone 13 mini, helping to suck in more light, faster, helping the camera in low-light situations.

At first glance, the design seems to be identical to the iPhone 12 Pro Max, apart from those bigger cameras. The same flat-edged design that was introduced last year. Well, it’s proved a hit, so you can see why Apple stuck with it. The first visible difference is the new color finish on the elegant, subtle Sierra Blue which has replaced last year’s Pacific Blue. This is much lighter, a pale but striking shade.

And then there’s the notch. The TrueDepth camera panel that has sat on the front of the iPhone since the introduction of the iPhone X means there’s a cut-out at the top of the display. For the first time, this has shrunk in size. It’s fractionally deeper than before but noticeably narrower. Not, it seems, narrower enough for Apple to display the battery percentage on screen—you still need to swipe down on the top edge to see it—but maybe this will change with a software update, he said hopefully.

You may spot a difference in the display which, for the iPhone 13 Pro and Pro Max only, has an adaptive refresh rate which goes up to 120Hz. This makes for a smooth experience. The new display is also brighter, making it easier to read in sunlight, for instance.

Beyond that, all the changes are internal. The new A15 Bionic chip coms in two versions, and the Pro iPhones have the one with the extra GPU core, making games look better and adding to the camera’s photographic chops.

In a sense, the raw figures are meaningless. Does the iPhone 13 Pro Max do everything it needs to without making you wait, ever? Yes, it does. This is a high-performance phone, as so it should be for the price.

Apple has also tended to the basics with the new iPhones, all of which have seen an increase in battery life. That’s especially true of the iPhone 13 Pro Max which has the longest battery life of any iPhone, ever. It’s more than two hours longer per day than the iPhone 12 Pro Max, Apple says, which seems about right from my testing.

But this year’s phone is all about the cameras. New lenses, new software and new capabilities. Chief among them is Cinematic mode, which is just brilliant. It adds the artful blurred background of Portrait mode to video, automatically knowing when to focus where and switching smoothly from one subject to another. It’s the sort of thing a focus puller trains for to get right in the film industry. And here it’s down to that neural engine.

Another highlight is macro mode, which lets you get closer than an inch and see your subject in phenomenal detail. This is sublime and means I’ve been crawling up close to all sorts of things to get unexpected photographic results.

There’s also Apple’s ProRes video codec which is coming soon, something which professional videographers will be thrilled about.

Each year, a familiar iPhone cycle ensues: outlandish predictions, an inevitable disappointment from some quarters as the reality becomes known, and then the best bit: getting to grips with the phone. That usually reveals that underneath the claims and hyperbole is a phone that does all its makers have said, and more. The elegance of the iOS user interface, still better on the iPhone than any other smartphone, the immaculate build quality and gorgeous design and so on, all work together to make using the iPhone a great experience.

Add to that the brilliant new photographic features, the new 120Hz display, the fast performance and, arguably best of all, increased battery life, and the iPhone 13 Pro Max is hard to resist.

Inspired by Dwight Silverman’s brilliant but now finished Release Notes newsletter, this AppleUnboxed post includes a weekly pet photo treat. Silverman used these to show off smartphone photography, which is my intent, too.

The strength of Portrait mode is the way your subject is in the sharpest focus and the background less distracting. Although this picture was taken at the end of a longish photo shoot and the model’s look has a touch of “You’ve got enough now, surely?”, I like it for the way the focus is on the face and fades out gently on the body, tail and into the background.

MORE FROM FORBESAirPods Pro Have An iPhone Problem: Here’s How To Sort ItBy David Phelan