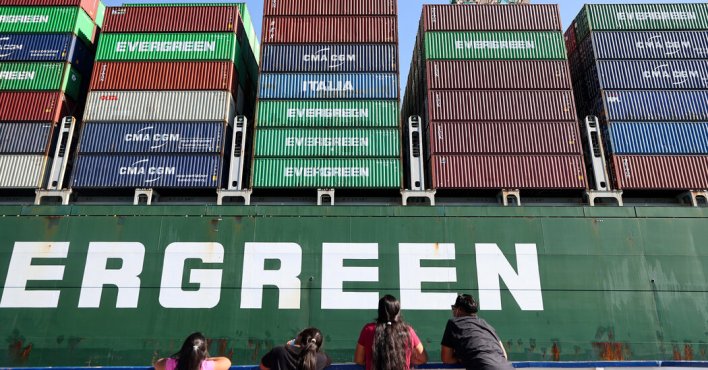 Sluggish income growth has been a defining economic problem of recent decades. With only brief exceptions, the incomes of most middle-class and working-class American families have grown frustratingly slowly — trailing well behind economic growth — since the late 1970s.

Surprisingly, however, the past two years have been one of those exceptions. Even amid a global pandemic, most American households are doing better financially than they were in 2019.

How could that be? A pandemic is not a financial crisis. Covid-19 has caused a horrible amount of death and illness and interrupted the daily rhythms of life. But it has not damaged credit markets or household balance sheets, as the housing bubble of the early 2000s did. Instead, the pandemic caused a sharp, brief recession.

Today, the unemployment rate has fallen back below 5 percent. The value of homes — the largest asset for most families — has continued rising. The S&P 500 is more than 30 percent higher than it was before the pandemic. And the federal government, across both the Trump and Biden administrations, has pumped trillions of dollars into the economy, much of it through checks sent directly to people.

As a result, incomes have surged:

Wealth inequality has increased over the past two years, because stock ownership is highly concentrated among the affluent. But income inequality has declined, with the largest percentage income gains coming toward the bottom of the economic spectrum, because government stimulus programs were focused there.

The full picture is a country relatively flush with cash. “The household balance sheet is far and away the strongest part of the economy’s balance sheet,” Mark Zandi, the chief economist of Moody’s Analytics, told me.

These trends are mostly positive. Compared with before the pandemic, most families — not all, to be sure — can more easily afford college tuition, a medical procedure, a house repair, a new vehicle and many other expenses.

But the glut of cash has also created complications. If you’re trying to figure out why the country is struggling with some new economic problems — including labor shortages, rising inflation and supply-chain problems like backups at ports — the cash glut is a big part of the explanation.

The economic dynamics behind rising inflation and the supply-chain problems are fairly straightforward: It’s a case of demand exceeding supply.

Not only do Americans have more money than they did in 2020 or 2019, but many also spent the past two years delaying some purchases. In recent months, they have started buying again, especially physical goods. Many services — like restaurant meals, movies and vacations — are still affected by Covid.

The surge in goods purchases has been remarkable: Inflation-adjusted retail spending across the U.S. has risen 14 percent over the past two years, according to Commerce Department data released Friday. That’s a larger increase than over the previous seven years combined. “Demand is off the charts,” as Pete Buttigieg, the transportation secretary, said on CNN yesterday.

Americans aren’t the only ones buying more goods, either. In other countries, consumers also have pent-up demand, and governments have enacted large pandemic stimulus programs. This chart — based on data compiled by Jason Furman, a Harvard economics professor — shows the recent rise in consumer spending across high-income countries:

There are other reasons for the supply-chain problems and rising inflation. Covid precautions and pandemic disruptions at factories, warehouses and ports are also playing a role. “The world is nowhere near being fully vaccinated against the coronavirus, and that means factories in, say, Vietnam are still having trouble keeping up with demand as workers keep getting sick,” The Washington Post’s Amber Phillips wrote.

But the cash glut is the primary reason for increasing demand. “There is a sudden and massive surge of demand that far outweighs the market’s capacity,” Craig Fuller, the chief executive of FreightWaves, a publication that covers logistics, wrote recently.

If anything, some observers have made the situation seem more complicated than it is, suggesting that the economy is suffering from a mysterious ailment, like 1970s-style “stagflation” (a mix of stagnation and inflation). “The use of ‘stagflation’ is wrong,” Olivier Blanchard, a former chief economist at the International Monetary Fund, wrote last week. “We are not seeing anything like stagnation. What we are seeing instead is very strong growth, fueled by private and public demand, hitting supply constraints, and leading to some sharp price increases.”

There is no quick solution for these problems. Private companies and government officials are taking steps to expand the supply chain, like President Biden’s recent announcement that the Port of Los Angeles will operate 24 hours a day. Moves like that will probably help modestly. But supply-chain delays and uncomfortably high inflation probably will last for at least a few more months.

I do think it’s important to keep in mind that the cash glut is almost certainly a temporary phenomenon, created by the pandemic. It will probably end by next year. The big government stimulus programs have mostly ended already.

The underlying problems that have caused sluggish income growth over the past few decades, by contrast, are not likely to disappear. The balance of power between employers and workers remains tilted toward employers, because of rising corporate concentration and shrinking labor unions, which will hold down wage growth. And slowing educational gains mean that the U.S. work force will continue to have a hard time keeping up with technological change.

All of this creates a difficult task for policymakers, including members of Congress debating Biden’s agenda. They face a set of long-term economic challenges quite different from the immediate challenges. Right now, American families have so much money that the rest of the economy is having a hard time keeping up. Sometime soon, many families will probably be struggling again.

In an upcoming newsletter, I’ll dig into another consequence of the cash glut: the current shortage of workers in many industries.

Advice from Wirecutter: How to organize your desk.

Quiz time: The average score on our most recent news quiz was 8.3. How well can you do?

Lives Lived: Anni Bergman was a psychoanalyst who interpreted the behavior of babies. Working with and understanding autistic children became her calling. She died at 102.

It’s been nearly three decades since FIFA, international soccer’s governing body, licensed its name to the video game maker Electronic Arts. For millions of players, FIFA has become synonymous with the game series. But after negotiations stalled on a new contract, EA is considering renaming one of the most popular video games of all time, Tariq Panja reports.

So why the dispute? First, money: The games make $1 billion in sales each year, on average; FIFA earns about $150 million for its license, and is seeking to double that. Second, the two sides disagree on how exclusive the deal should be. FIFA would like to license its name to other companies, while Electronic Arts wants to use the FIFA branding outside the game, including for events like live gaming tournaments.

If the partnership falls apart, EA still has hundreds of separate licensing deals that allow it to use players, clubs and leagues from around the world. “Gamers brought up on a diet of digital soccer would notice little change when it came to the playing experience,” Tariq writes. The game maker has even registered a trademark for a possible post-FIFA future: EA Sports F.C. — Sanam Yar, a Morning writer