Mostly known in North America for his work with psych-rock outfit Blaak Heat, Thomas Attar Bellier is back with this completely new musical project and direction. Recorded in globetrotter fashion between Los Angeles, Cairo and Paris, Miraj is Al-Qasar’s first ever studio release, promising to be a distinct, rule bending, EP. 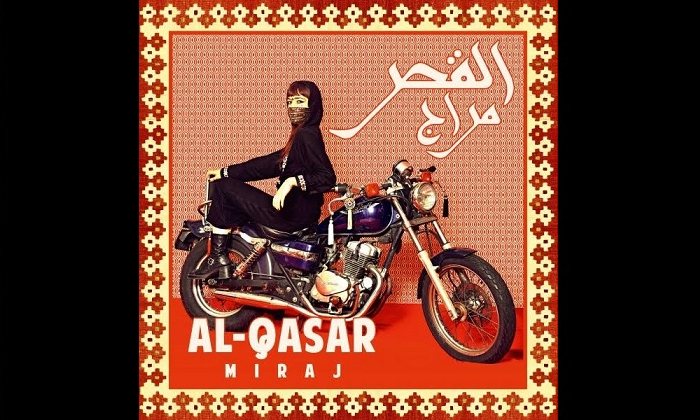 Opening this borderline surreal EP is Ahlan Wa Sahlan with its combination of traditional Middle Eastern instruments and garage rock conventions. This mixed with the Arabic vocals makes for a real musical culture clash. Bellier’s psych-rock past is detectable in Dance of Maria, but it’s forced to play a minor role behind the perplexing instrumentals. So far, Al-Qasar has proved that just because you can do something, it doesn’t mean you should.

The single, Gnawi, exhibits some rock conventions such as elaborate guitar play and a fast tempo, but also brings Arab fuzz elements in through the traditional Middle Eastern instruments. The resultant sound makes it difficult to envisage a viable target audience for this kind of music. Middle Eastern psychedelic pop mixes with garage rock about as well as oil and water.

Sometimes polar opposite genre splices can work excellently with evidence of this coming from The Hu, Bloodywood and Babymetal. However, left-field genre combinations are extremely hit and miss, with Miraj being a solid miss.

'I help women in Texas who choose an abortion'

20 Gifts for Men That He Won't Want to Return