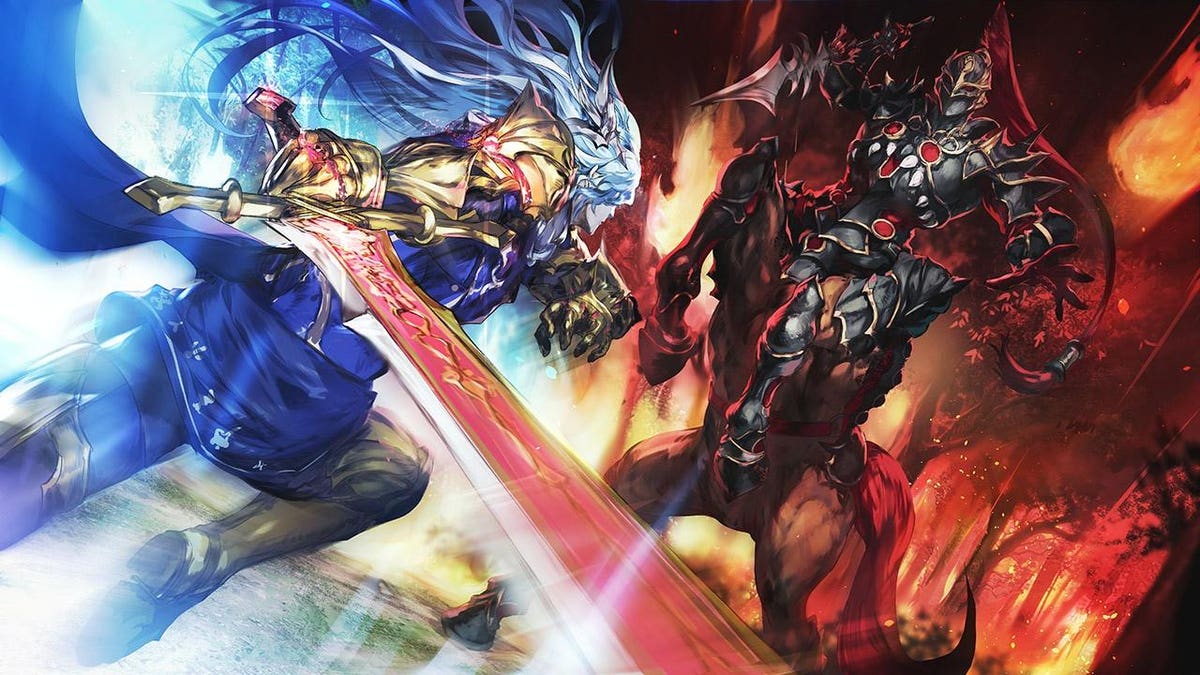 Arguably one of the finest games of the 90s was the original Actraiser. A unique blend of platforming action and urban planning, Actraiser Renaissance has revisited this approach and extended it out in a truly amazing way.

The premise of the game has the player take on the role of the previously absent Lord of Light after the world has descended into monster infested darkness courtesy of the Dark Lord Tanzra. Awoken from your slumber by an Angel, you are then set on a quest to free the world from the denizens of evil and liberate us mere mortals in the process.

Originally released on the SNES back in 1990, Actraiser split its gameplay into two main parts; platforming and urban planning. For the most part, this is also true for Actraiser Renaissance but there is a lot more going on in this remaster.

Starting out in the land of Fillmore, you must survive the first act of the area. This being a platforming action section with you manifesting as the Lord of Light directly. However, the first time through is quite challenging, as you lack both magic and the ability to power-up your attacks (though more of this later).

Once completed you descend on Fillmore proper and try to cleanse the land and allow mere mortals to flourish. This means fending off monsters via your Angel avatar, which acts as your instructional cursor as well.

Laying waste to rotted land and allowing people to make buildings, you can also reinforce the land with gates, block towers and mage towers. These are used during siege sections, which are new to Renaissance.

Sieges are more real time strategy and akin to tower defense, as you not only have to command one or more champions to attack monsters, but also to lay down blockades that will slow the horde down. The various fortifications also help to thin the ranks of enemy and once the siege is completed you get various bonuses.

You see the whole point of the urban planning stages is for your subjects to increase their faith in you, thereby increasing your level and overall potency.

Once you unlock magical attacks and the ability to power-up the Lord of Light in the platform stages then things really kick-off.

The second act of Fillmore has you descend into the lair and fight the Minotaurus, which when you are fully maxed is a very satisfying encounter. This is because you unlock magical attacks and can power up the Lord of Light in the level directly.

By this point, you are neck deep in the game and each new realm that requires your assistance is both a joy and a challenge to take on.

The general structure of each realm has you repeat some of the main quests, such as destroy a monster spawner and survive a few sieges, but each area has its own needs and charms. Not least of which are the excellent characters and the lovely music.

As for the latter, Yuzo Koshiro has returned for Actraiser Renaissance to pen a whole new score based on the original game. The updated track for Fillmore is an excellent example of the quality of Koshiro’s new music, but if you prefer you can switch back to the score from original game.

The visuals are also surprisingly well done, from the luscious character art that pushes the story along, to the world and platforming sections.

The in-game art also uses 3D model art in a 2D functional setting, coupled with some nice lighting effects. This results in a game that looks good on any platform and runs smoothly too.

The difficulty is also somewhat softer than the original game, but there is also a lot more to do. Not only when it comes to urban planning, but also the updated combat in the platforming sections.

Which brings me onto the original game itself and while that was a very focused and challenging game, Actraiser Renaissance is a more fleshed out title. While you may find all the new quests and sieges an unnecessary addition, they work in the context of this new framework.

There is also a lot of content after you finish the game as well, but I won’t spoil that here suffice to say that it only helps to enrich the game.

It’s also worth congratulating the Nagoya based studio Sonic Powered for managing to pull this off. The original Actraiser was not a typical kind of game and to update it so well and so thoroughly is both welcome and surprising.

Overall, Actraiser Renaissance stays true to the original game, while building it out even further and keeping the essence of what made it so special intact. If you never played the original Actraiser, then you are definitely in for a treat as it’s not every day you don the mantle of the Lord of Light and defy the will of Tanzra.

Disclosure: I purchased this game with my own money and finished it in its entirety.