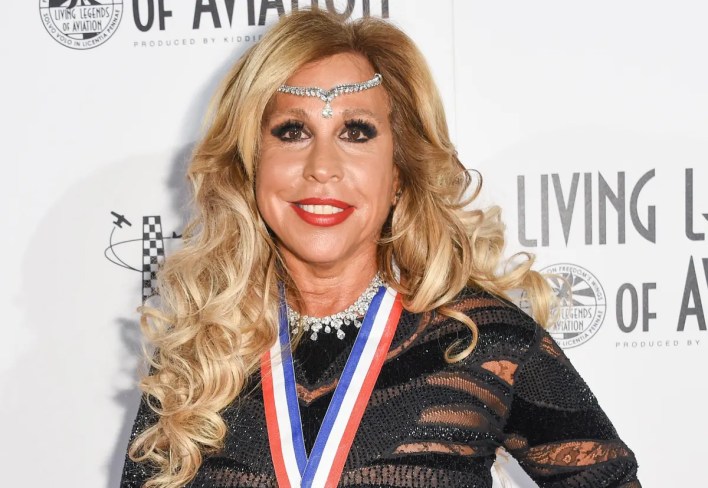 Ten years ago, Bronx-born financier Lynn Tilton could be found toiling away at her private equity firm’s headquarters on the 17th floor of a downtown Manhattan skyscraper, the halls bedecked with photos and even a life-size cardboard cutout of herself. In late September, Tilton’s fate in a years-long legal fight hung in a more sparsely decorated but nonetheless familiar space: a federal courtroom not far from her old digs. That’s where a judge ordered the self-described diva, age 62, to pay $38.2 million in damages to a bankruptcy trustee of TransCare, an ambulance company that collapsed under her ownership five years ago.

The ruling capped off a tumultuous decade for Tilton, who emerged as one of Wall Street’s few high profile female executives when she founded private equity shop Patriarch Partners in 2000. Her firm gorged on the distressed debt of troubled companies and re-packaged them into financial instruments known as collateralized loan obligations (CLOs). Many of her CLOs used the name Zohar, referring to an ancient spiritual text. The former high school tennis star boasted a Yale education, a scrappy Wall Street upbringing and an unapologetic, bold approach to business.

“There’s no question that I’m a billionaire,” she assured a Forbes reporter in 2011, wearing her signature stiletto heels. But as Forbes dug deeper, it revealed a much more complex and less flattering picture of Tilton: “She bills herself as a turnaround savior, on a mission to save manufacturing jobs in America, but concedes that she has forced companies into bankruptcy and pushed some services overseas,” Forbes wrote.

The TransCare case was born in this way. In 2003, Tilton bought the Brooklyn-based ambulance provider out of bankruptcy, piling on debt from the Zohar funds and creditors like Wells Fargo. In 2016, TransCare—which employed 1,700 workers, including some 200 medical professionals in New York City that reportedly provided up to 81 ambulance trips per day—filed for bankruptcy again and suddenly shut down without enough money in the coffers to cover payroll. It was a sucker-punch to the region’s already-strained emergency service system, the New York Times explained at the time.

But days before TransCare collapsed, Tilton sold off its most profitable assets—including its lucrative contract with New York’s Metropolitan Transportation Authority, which runs the city’s subway system and buses—to an entity she controlled, for $10 million, a price the ruling described as a “significant undervaluation.” What remained of TransCare filed for Chapter 7 bankruptcy protection shortly thereafter. “There was nothing fair about the process…Tilton stood at every side, and controlled every aspect of the transaction,” the court concluded.

“It’s a common story,” says S. Todd Brown, a professor at SUNY Buffalo’s law school who specializes in bankruptcy and business law. “Somebody has full control over an organization that’s spiraling out of control, they try to move things around so they can take the good assets out and leave the toxic assets to go into bankruptcy, and then because they’re a fiduciary of that entity, whatever actions they took are going to be looked at under a microscope.”

In a statement to Forbes, a representative for Tilton said she and Patriarch “strongly disagree” with the recent TransCare ruling and plan to appeal it further as soon as possible. “Ms. Tilton undertook extraordinary efforts to save TransCare and preserve the jobs of its employees,” the statement claimed.

What’s not in question: Tilton’s fortune has tumbled since 2011, when Forbes set out to answer the central question: Who is Lynn Tilton? While leading Patriarch, she billed herself as the “diva of distressed” on a reality TV show that never saw the light of day. She also claimed to be a billionaire. Tilton’s counsel tried to convince Forbes she was worth some $1.7 billion, which would have made her the fifth-richest self-made woman in the world at the time. (Oprah held the top spot that year, with an estimated $2.7 billion net worth.)

But Forbes soon uncovered a very different story. Not only was Tilton’s net worth below the billion-plus she claimed—Forbes pegged it at roughly $830 million at the time—but her firm was also underperforming. Former employees had even sued Patriarch for claims ranging from breach of contract to sham transactions. “Tilton has contested every one of the suits, won a few, lost some and settled in other cases,” Forbes wrote, adding that her counsel made unusual moves to seal many court documents related to the cases, including docket summaries. Tilton resigned from management of the trio of Zohar funds in 2016, and converted Patriarch Partners from a private equity firm to a family office to manage her own money. Within two years, all three funds had filed for Chapter 11 bankruptcy protection. Forbes pinned Tilton’s net worth at just $100 million in 2019—comprised primarily of jewelry and real estate assets she still owns today, including a 10,500-square-foot home she bought for $4 million just outside Scottsdale, Arizona, and estates in Florida, Hawaii and New Jersey—down from $450 million three years earlier.

Tilton and Patriarch have been involved in at least 50 lawsuits in the ten years following Forbes’ initial investigation, many of which have been settled. Most recently—less than a week before the TransCare ruling—a federal jury in Huntsville, Alabama ordered MD Helicopters, a Mesa, Arizona-based helicopter maker that Tilton bought on the cusp of shuttering in 2005, to pay $36 million in damages to the government and whistleblowers for defrauding the U.S. military. In 2013, two employees of MD Helicopters alleged that Tilton groomed for employment a U.S. Army procurement officer who helped her portfolio company win lucrative military contracts in 2011 and 2012; he later went to work for Patriarch. Tilton stepped down as MD Helicopters’ CEO in March 2020, and she was dismissed as a defendant in this case prior to trial in early September.

In 2015, the Securities & Exchange Commission accused Tilton of defrauding investors by hiding the poor performance of $2.5 billion worth of CLOs she raised prior to the 2008 financial crisis. The SEC claimed Tilton and Patriarch failed to acknowledge that several companies underlying these funds had failed to make loan interest payments for years, thus allegedly overcharging investors nearly $200 million worth of inflated management fees and other payments. The SEC sought to ban Tilton and her firm from the securities industry and levy a minimum $200 million fine. The charges were dismissed, however, in 2017.

“I am heartened to finally be able to put to rest the rumors and innuendo that have cast a dark shadow on me and my business for so long,” Tilton said in a statement issued at the time.

Tilton has also engaged in a legal saga with the bankrupt Zohar funds, which took on new management after she stepped back five years ago. In early 2017, the entities accused Tilton of pillaging more than $1 billion worth of cash and other assets from their investors and portfolio companies over the course of a decade, “leaving the Zohar Funds on a collision course to default on obligations to their own investors,” according to a court filing. A judge absolved her of the racketeering lawsuit later that year, but the cases keep piling on well into 2021.

In May, one of the Zohar funds sued Tilton and cosmetics maker Stila in a federal court in Delaware, claiming it had the right to appoint new management of the company, which Tilton has run since 2009. In June, that same fund accused Patriarch of wrongly withholding millions it got from foreclosing on South Carolina textile maker Galey & Lord. And in late September, bond insurer MBIA renewed a bankruptcy suit seeking more than $1 billion from Tilton and thirteen affiliates, including Patriarch. A spokesperson for Tilton and Patriarch Partners did not comment on the allegations; she pointed to lawsuits that Tilton and Patriarch filed against MBIA and others for wrongful conduct.